Seven Italian gelato makers from Rome and Central Italy converged for the occasion of the Gelato Jam Session, a gelato event at Food Bunker Culinary School last 11 June 2018 to promote the partnership of the school with Carpigiani, a world leader in the production of professional ice cream equipment, and Agrimontana, a company that has over 40 years of experience in fruit processing. The seven gelato makers showcased one flavor each using Agrimontana products and Carpigiana ice cream equipment.

Food Bunker, a new training ground for gastronomy and a place for culinary events, located a few kilometers from Rome in Nepi, is establishing an important partnership with the two companies.

Starting September 2018, enhanced by the operational consultancy of Italian Champion of Gelateria Palmiro Bruschi, the school is going to offer an intensive course on becoming a professional gelato maker wherein there will be a perfect mixture between manual knowledge and innovative technology, thus the choice of partnership with these two leading companies in the gelato making sector. The first courses will be handled by Arianna Silva and Palmiro Bruschi of Carpigiani Gelato University. The amateur courses will be taught by Gerardo Grassi who comes from a long tradition family of ice cream makers in the Viterbo area.

Carpigiani is a world leader in the production of professional ice cream equipment. The company was born in Bologna in 1946 and it represents the technical excellence for the production of artisan Italian gelato and soft ice cream. Carpigiani will bring the most up-to-date and reliable specialized technology inside the classrooms of Food Bunker, with a view to spreading the culture of ice cream, while at the same time preserving tradition and sublimating production.

Founded in 1972, Agrimontana has over 40 years experience in fruit processing, and is now recognized in Italy and abroad for the quality of its work and the excellence of its products. Agrimontana is known for their marrons glacés, candied fruit, jams and fruit purèe. Preservatives, dyes and artificial flavors are not used, in full respect of the raw materials, to preserve its original organoleptic characteristics. 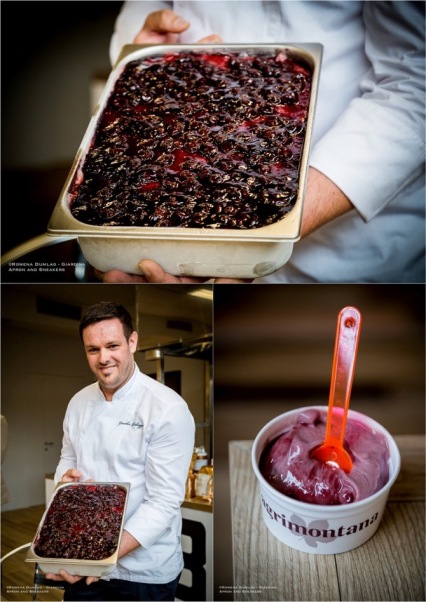 Thanks to a special agreement with Agrimontana, at the end of the classroom training of the trainees, it will be possible to carry out a period of internship in one of the gelaterie belonging to Artisti del Gelato, a collective association of a network of professional gelato makers who meet high quality standards in the selection, conservation and transformation of raw materials, without giving up creativity and creativity in their work.