There are some places that are hard to forget even after a number of years because the fond memories keep on rolling back. Ristorante Vescovado had that effect on me. During a press tour four years ago, I remembered how well-received we were, how one of the chefs of the restaurant pounded on her mortar and pestle tirelessly as she showed us how to properly make the genuine Ligurian pesto from scratch. I also remember how distractedly beautiful the view was from the veranda of the restaurant. And most of all, how delicious the food was, prepared with fresh Ligurian ingredients and paired perfectly with local wines. That was Ristorante Vescovado for me four years ago. Last month, I went back to retrace my footsteps and reconfirm the excellence of the food of Chef Giuseppe Ricchebuono.

Ristorante Vescovado is located inside Hotel Palazzo Vescovile, a 4-star hotel in the town of Noli.

It stands at an elevation of 35 meters above the sea which commands a picturesque view of Cape Noli. Because of its height, access to the hotel and restaurant is through a couple of short panoramic elevators directly from Piazzale Rosselli with a parking area or a walk up along a scenic Medieval trail from the center of the old town. 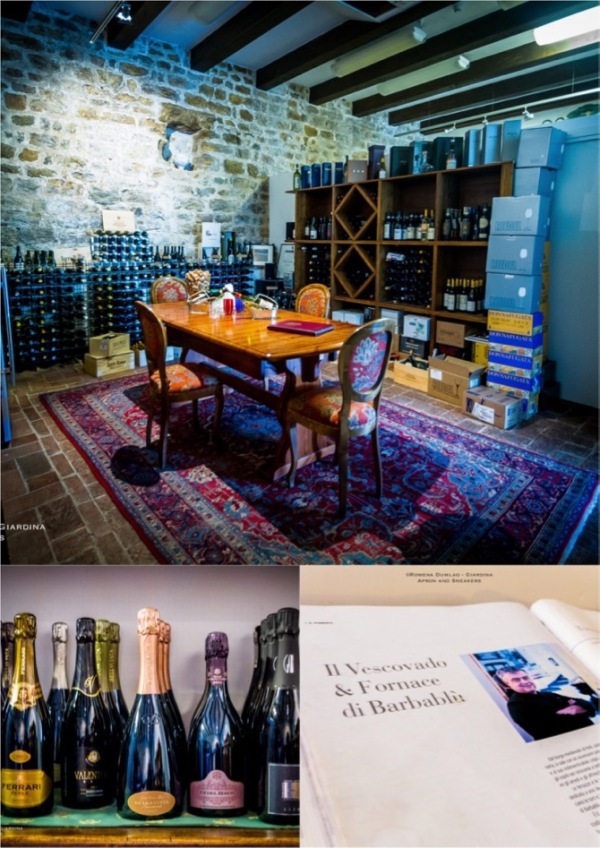 Historically, the structure held a very important role because from 1239 until 1820, it used to be the residence of the Bishops of Noli. The restoration of the whole complex included the 16th-century church, Chiesa di Nostra Signora della Grazie and the frescoes from the same period.  During the colder months, the restaurant hosts the guests in the beautiful dining halls of the palace with windows that overlook the sea while in spring and summer, the terraces are opened for open-air dining with a 180-degree outstanding view of the Ligurian sea.

A true Ligurian by heart which reflects in his kitchen, Chef Giuseppe Ricchebuono is a one Michelin-starred chef who is originally from Vado Ligure. He takes out the best of his region with his original creations by using ingredients of the best quality from his land and sea. He keeps the Ligurian and Mediterranean traditional cuisines in his reinterpretations of his exquisite dishes.  The dishes are a feast to the eyes and most importantly, to the palate. 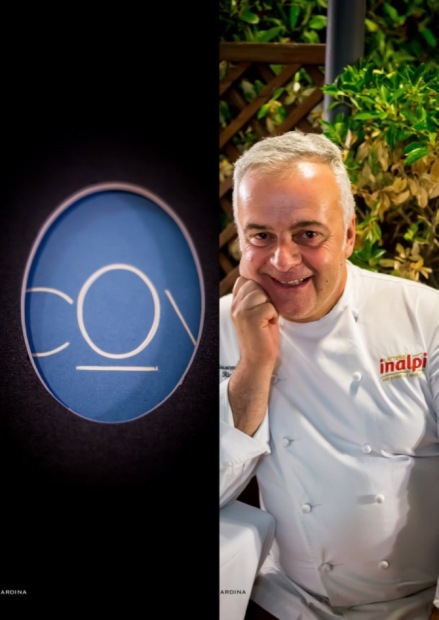 Prior to Ristorante Vescovado, Chef Ricchebuono specialized in making bread and focaccia at La Fornace Barbablù before moving to traditional dishes. In the later years, he joined different food and wine events in Berlin, Sofia and Marseille. He also consulted the designer menus of the renowned Il Palazzo Restaurant in St. Petersburg in Russia.

Along with the dishes created by Chef Ricchebuono, the wine menu has a very good ample selection of labels from the region, from the other parts of Italy and a selected few from other countries. The à la carte menu is very interesting and there are also two kinds of tasting menus proposed by the chef and a possibility to pair each dish with wines that are carefully selected by their sommelier Pier Ravera.

For dinner, I opted for the La Tradizione nelle Tre Terre, the smaller scale tasting menu which was accompanied impeccably with a bottle of Berry & Berry Campulou of 100% Pigato, an autochthonous white grape from Liguria. The dishes epitomize an exceptional cooking of combining the fresh ingredients that are in season and from products right from the area.

Chef Ricchebuono focuses on simplicity and genuineness of a Ligurian kitchen but keeping his doors open for diversity and inventiveness.

Dining at Ristorante Vescovado is a 360-degree flawless experience from the historical palace, panoramic view to the food, wine and service which is very attentive and friendly. It sets the right atmosphere for a relaxed meal with stellar dishes.  And if you dine with your kids like I did, they get to have simpler options of pasta, fish and gelato.

The selection of cheese at Beppe e I Suoi Formaggi is simply amazing. At the recent blind tasting entitled Estremi a Confronto by Roberto Rubino, president of ANFOSC and Beppe Giovale, proprietor of the cheese shop in Rome, we learned that the grazing season of the animals affect the intensity and persistence of the milk used in cheese making. #beppeeisuoiformaggi #anfosc #metodonobile #cheese #cheeselover #cheeseplatter #formaggio #foodphotography #foodie #foodiesofinstagram #foodiegram #foodielife
It’s a very beautiful sunny and warm winter day to be enjoyed outdoors. #sunnyday #sunnywinterday #winteratthebeach #italy #travelgram #italygram #italianbeach
The Romanesque cloister of Brixen’s cathedral with beautifully preserved frescoes from the medieval period. #brixen #bressanone #sudtirol #southtyrol #italy #italiancathedral #cloister #romanesquearchitecture #italianarchitecture #travelphotography #travelgram #traveltheworld #traveler #traveler
Spaghetti Omega3 of Chef Andrea Fenoglio of Michelin starred Restaurant Sissi in Merano, South Tyrol. An original creation of zucchini and cod liver rich in omega for the presidents of Italy and Austria at the restaurant. #spaghetti #spaghettiomega3 #restaurantsissi #ristorantesissi #merano #michelinstarrestaurant #michelinstar #muchelinstarchef #pastalover #italianfood #foodie #foodiesofinstagram #foodiegram #foodielife
Civita di Bagnoregio is a small town in Lazio in Italy which was founded more than 2,500 years ago by the Etruscans. With the soil eroding at the town’s edges, it is in the list of 100 Most Endangered Sites in the World. #civitadibagnoregio #italy🇮🇹 #italytravel #travelphotography #travelgram #thechosentable #apronandsneakers #bellaitalia #travelblogger #destinationitaly #destinationlazio #discoverlazio #borgomedievale #borgobello
Have yourself a merry Vilòn! Hotel Vilòn is one of the best luxury boutique hotels in Rome. #hotellife #hotelvilon #romehotel #luxurylifestyle #luxuryhotels #romeitaly #bellaitalia #beautifulhotels