Prokupac, the celebrated indigenous red grape of Serbia, took the spotlight again on its second anniversary in Belgrade. I was among the forty people, all winelovers, who flew from all over the world, who were enthusiastic in uncovering the wines made from these grapes. These wines don’t get much attention outside Serbia since its small exportation is limited only to Germany, Netherlands, and Switzerland. On Prokupac Day, all of Serbia’s Prokupac wine producers showcased their wines and won the international guests’ opinions with their excellence.

Present since the Middle Ages, it was the most important and most planted indigenous grape variety in Serbia. It went through a dismal period when quantity prevailed more than quality with the massive production of commercial wineries during the period of socialism in Yugoslavia. But when the new millennium arrived, Prokupac saw a complete transformation with the renewed initiatives of the wine producers for quality over quantity. 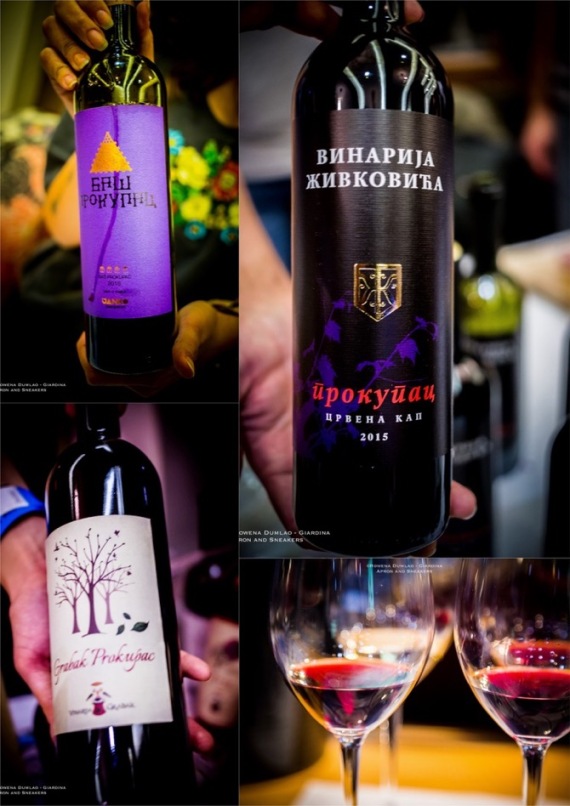 Prokupac is grown mostly in the southern and central part of Serbia with Župa, as the most notable and historical southern wine region.

Župa’s vigilance in safeguarding the vines was able to preserve the variety and withstand time and pressures of nature. They have vigorous large clusters and are grown in traditional bush system. It is late-ripening variety and it’s known for its high sugar levels, therefore giving a high potential alcohol level.

The wines produced from Prokupac grapes have light to medium body, ruby red in color and a good consistency.

The acidity is moderate while the tannins are distinctively medium to high. The wine aromas are fruity and spicy with black cherries being the most prominent, blackberries, plums, prunes, black pepper, raspberries, cinnamon and cloves. While the wine bouquet yields tobacco leaves, mushrooms and earthiness.  If you compare it with other wine varieties, it would come close to Pinot Noir and Cabernet Franc.

After the success of the first edition in 2016 created by Serbian wine experts Tomislav Ivanovic (wine writer of Vinopedia) and Igor Lukovic (editor of Serbia’s leading wine magazine Fino & Vino), the second one which was scheduled on 14 October 2017, had a more extensive coverage in Belgrade, in other parts of Serbia and in the countries where they export Prokupac. A packed full day of four Masterclasses and a night of wine tasting dedicated solely to the Prokupac wines gave all of us a very profound way of discovering a great grape cultivated in its native territory. Along with the expertise of Tomislav and Igor, Caroline Gilby MW gave her input about the style of production of Prokupac with special emphasis on its international marketing. 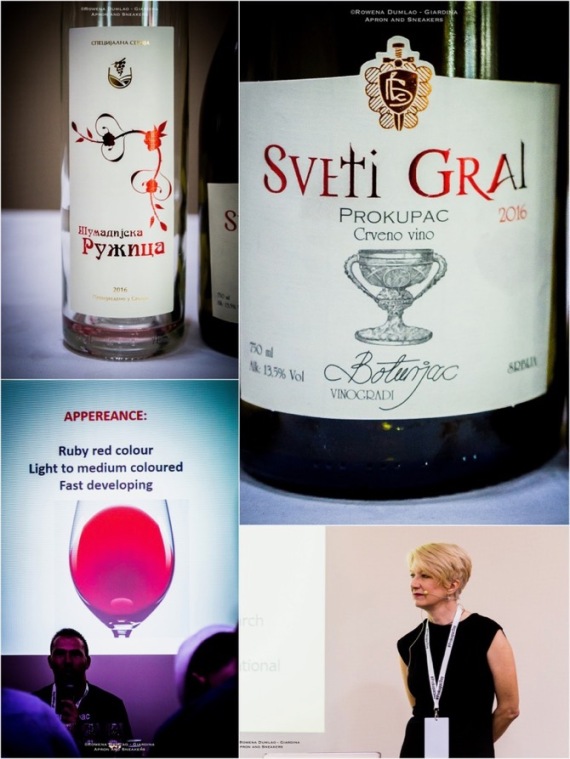 In this masterclass, the different faces of Prokupac were introduced with the modern winemaking methods and new styles assumed by new wineries from vinification in white, dark rosè wines to medium bodied red ones and to the more complex and full-bodied red wines. Seven excellent wines, mostly from small family wineries that were aged in new and used were selected as the best representatives of Prokupac among forty that were collected. 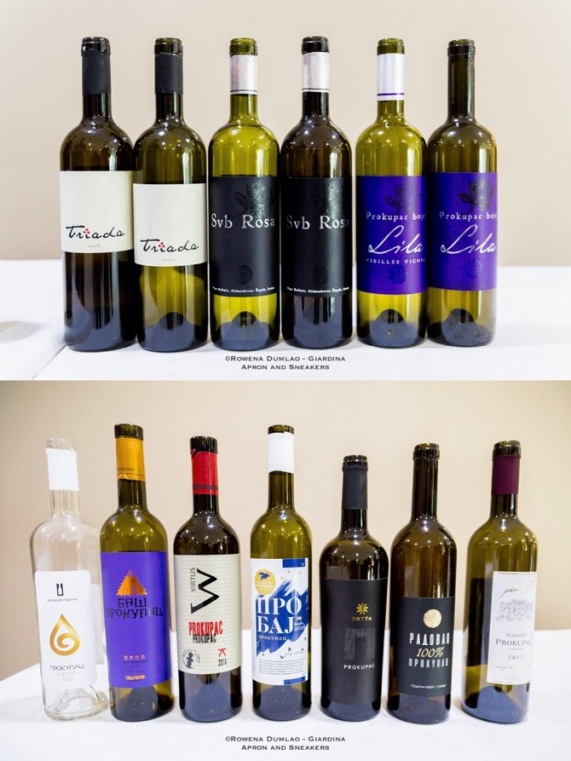 Wines Tasted at the 1st Masterclass

Caroline Gilby MW presided over this masterclass where she focused on the different wine making styles employed in Serbia and international marketability of the Prokupac wines. There was a discussion about using 100% Prokupac over blends with international grapes like Merlot and Cabernet Sauvignon as well as the utilization of new or used oak, barriques or the larger barrels for lesser oak influence. Conclusively, the Serbian wine producers have yet to experiment on which methods work best for the grapes and their terroir. Undoubtedly, Prokupac is a grape with a high potentiality in becoming a very important contribution to the oenological world.

Wines Tasted at the 2nd Masterclass

Sumadijska Ruzika 2016: Interesting crystal clear rosè with dark rose in color, lots of aromas with the prominence of strawberry and notes of hibiscus. Fresh and sapid with a touch of sweetness.

Botunjac Sveti Gral 2016: Made with 100% Prokupac, ruby red color with a medium structure. Has a medium persistence to the nose, aromas of dark berries especially raspberries, hints of hibiscus and forest floor. Fresh, tannic, moderately sapid and medium structure. The wine is ready and can still be aged for a couple more years.
Cokot Experiment 2015: Made with 85% Prokupac and 15% Cabernet Sauvignon. It has a ruby red color and good consistency. To the nose, it has a good persistence with aromas of raspberries, blueberries, flowers, mushrooms and forest floor. A good freshness, sapidity and distinct tannins.

Ivanovic No 1/2 2015: Made with 50% Prokupac, 25% Cabernet Sauvignon and 25% Merlot. It has a ruby red color with garnet red highlights, good consistency, fresh and tannic. To the nose, dark red fruits and a prominent pepper aroma that’s persistent.

It is quite known that Prokupac is not for aging but this can stem from the demanding economic reason of the wineries’ need to market their wines early. Still, Serbia is going through the road of choosing quality over quantity. Budimir Winery is a perfect example of a winery in the region of Župa that chooses the right approach to producing wines that show the capacity of ageability. Budimir Winery has vines that are more than a hundred years old in the Gubovac Hills. As much as I enjoyed the previous masterclasses, this one came out as my favorite as it showcased the big potentiality of Prokupac as a great wine. 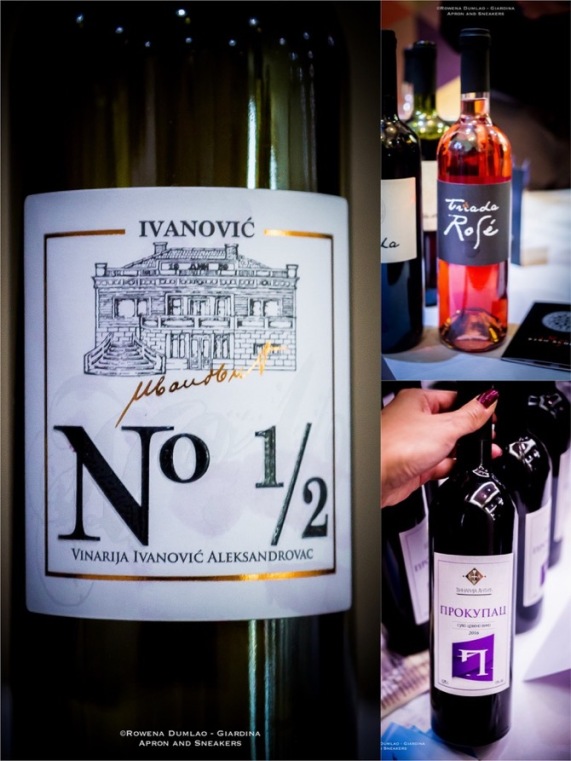 Triada Crvena 2008 (90%Prokupac, 10% Merlot )
Triada Crvena 2007 (90%Prokupac , 10%Merlot)
Maceration and fermentation for about 23 days. Aged for 48 months in French and Serbian oak barrels, both new and used. Merlot was aged in barrique while the Prokupac was aged in larger oak barrels. Ruby red in color with smoother tannins in the 2007 vintage. The Merlot becomes more prominent than the Prokupac as it ages.
Sub Rosa 2009 (60% Prokupac, 40% Cabernet Sauvignon)
Sub Rosa 2007 (50% Prokupac, 50% Cabernet Sauvignon)
Aged for 18 months in barrique (25% new, 75% used). This is followed by 18 months in large barrels of 3,000 liters. Ruby red in color and consistent. Both show complexities to the nose. The 2009 vintage is more elegant and has a preferrable drinkability. Both vintages are ready and still show more years towards its full maturity.
Prokupac Boje Lila 2011 (100% Prokupac)
Prokupac Boje Lila 2009 (100% Prokupac)
Fermentation in stainless steel, maceration for almost a month, followed by 18 months of aging in Serbian barrique (25% new, 75% used). This is followed by 36 months in large barrels, both 3,000 liters and 5,000 liters made of Serbian oak. Finally, another 12 months in the bottle. These wines express the varietal characteristics quite well on its own especially the 2011 that also shows off its elegance. The 2009 has a fuller body with more roundness to it.

4th Masterclass: The Quest for the Perfect Prokupac Glass

With Riedel as one of the main sponsors of the event, this fourth and last masterclass was held for a special reason. We had the unique opportunity to cooperate with them in choosing the right kind of glass for Prokupac for their line of Grape Varietal Specific glasses because the right kind of glass does matter when tasting the variety. With Doja Prokupac 2015 in four specialized glasses, the tasting glass for red wine, Riesling/Zinfandel, Cabernet Sauvignon/Merlot, and Pinot Noir, the latter won everyone’s opinions as being the best kind of glass for Prokupac. 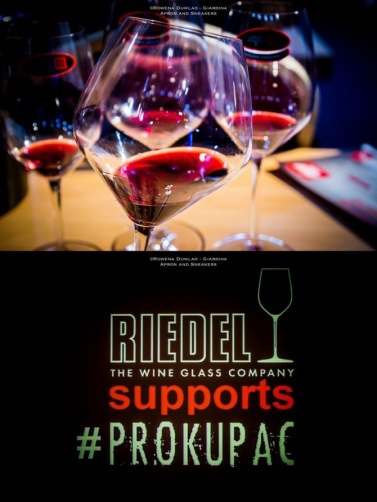 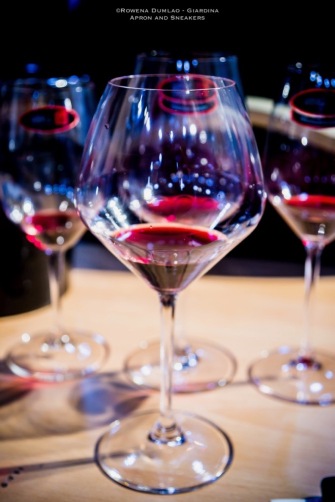 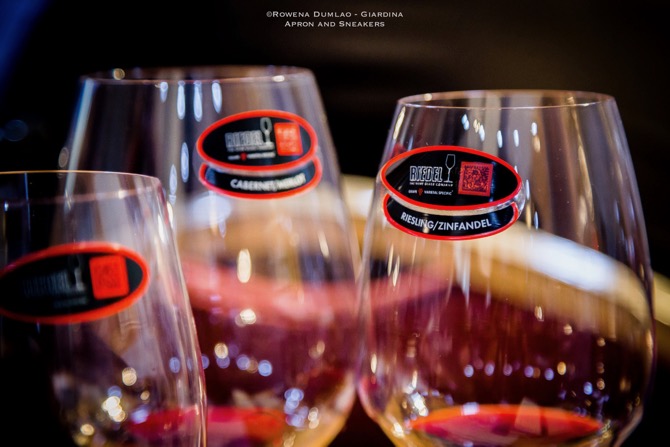 On a personal note, I prefer the ones that were aged in used oak barrique and large oak barrels where the oak doesn’t influence the aroma and flavor of the wines too much.

At the walk around wine tasting dedicated exclusively to Prokupac wines, I discovered a surprising number of excellent varietal wines as well as blends with Merlot and Cabernet Sauvignon. Prokupac can definitely stand on its own and it comes out as a very interesting red wine. It can age well giving an elegant and round finish over the years. With the ongoing experimentations of the producers towards excellence of the variety, maybe we can see some exceptional Prokupac wines on international shelves pretty soon.

One thought on “International Prokupac Day 2017 in Belgrade, Serbia”