The year 2015 had been outstanding, rated five stars out of five by the Consorzio Tutela Vini Montefalco (Consortium for the Protection of the Wines of Montefalco). The winter was rainy, while spring was sunny and windy, and summer was dry, warm and sunny. It was an ideal climatic condition for the growth of the grape vines with just enough rain showers at the last phase of maturation and harvest that allowed to get balanced and perfectly ripe grapes. With the healthy grapes having reached optimum phenolic maturity and excellent concentration of sugars, the wines produced in this vintage had shown their best with regards to aromatic level, balance, structure and complexity. It is also good to know that Sagrantino is one of the grape varieties that has one of the highest content of polyphenols.

In a nutshell, expect Montefalco Sagrantino DOCG 2015 to be an excellent vintage to put in your glass or better yet, to stock in your cellar!

Montefalco Sagrantino DOCG is made with 100% Sagrantino grapes, vinified both in secco (dry) and passito (sweet) versions.

The disciplinary calls for at least 33 months of aging in oak barrels starting on the 1st of December of the year of the harvest with a 12-month requirement for the dry version. Then another 4 months of aging in the bottle completes the process of aging of these wines.The resulting wine for both dry and passito versions have the deep ruby red color, sometimes permitting purple reflexes and leaning towards garnet as it ages. The most iconic perfume of the grape is blackberries followed by black stone fruits like plums and black cherries as well as blueberries and violets for its floral aroma. Because of its long aging period in wooden barrels, hints of tertiary aromas envelope the nose with vanilla, dried tobacco leaves, coffee, chocolate, licorice, spices, balsamic and eucalyptus.

Sagrantino is perhaps best known for its marked astringency in the palate, a quality that  the producers approach by checking the phenolic ripeness in the vines meticulously and the long aging in oak barrels to soften the tannins. Another excellent characteristic of the Sagrantino is its remarkable structure and persistence in the mouth. 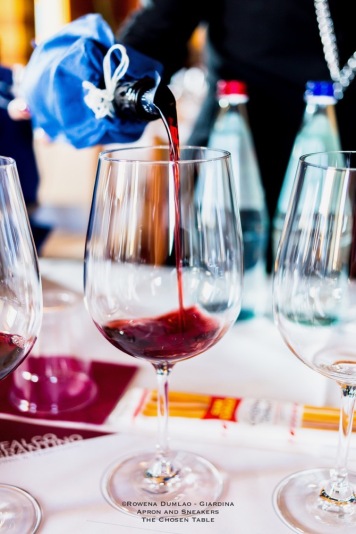 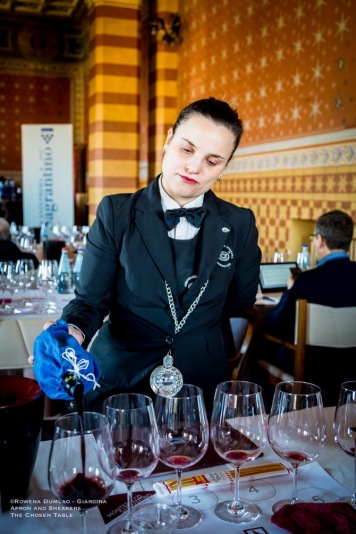 Although Sagrantino is an ancient grape that’s believed to have been existing much before with vague stories of its origin, the earliest documented mention of the grape growing in Montefalco was in 1549, recorded as an order of Sagrantino must by Guglielmo, a merchant of Trevi and his wife Stella. The town of Montefalco was defined as the most important wine-growing area in the region of Umbria in 1925 with Sagrantino being vinified solely as passito but in the 1960’s this tradition slipped into oblivion thus the vine suffered into abandonment. In 1972, the Sagrantino vines were revived in the winery of Arnaldo Caprai Winery. 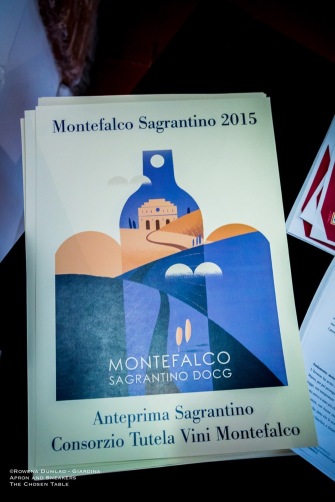 It was with this year’s harvest that the dry version of the Sagrantino was born, and the Italian quality assurance label, DOC (Denominazione di Origine Controllata) requested. In 1979, the DOC status was approved in in 1992, the DOCG (Denominazione di Origine Controllata e Garantita) was recognized, reflecting the importance of Sagrantino to the Italian wine tradition.

Over the past 25 years, Montefalco Sagrantino has gone through a very successful progress. From 66 hectares of cultivation of the vines in 1992, the area has arrived to a magnitude of 760 hectares. Whereas from the shy number 16 producers, it has now reached 60 while the annual production has tripled to an impressive number of 1.5 million bottles. 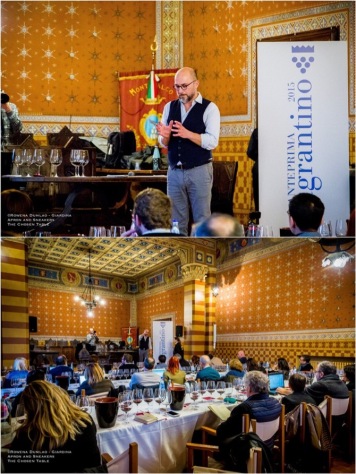 According to Filippo Antonelli, president of the Consorzio Tutela Vini Montefalco and proprietor of Antonelli San Marco Winery, “The Consortium puts itself at the service of the participating companies, which are and remain the true protagonists of the event. Anteprima Sagrantino is an instrument dedicated to our productive realities, an important opportunity for promotion and enhancement of the territory in its entirety, through a national and international press incoming activity to cultivate with more and more assiduity the combination of wine and territory, because Montefalco and Umbria in general would not be the same without our wines, and vice versa. In addition, this year we celebrate the 40th anniversary of the recognition of the denominations Montefalco DOC and Montefalco Sagrantino DOCG, established in 1979, testimony of a long and important process of osmosis between viticulture and the territory to enhance and protect more and more, to strengthen event after event, initiative after initiative.”

The 2015 vintage is a fine representation of Montefalco’s territorial characteristics, along with the climatic conditions that aided in the perfect maturation of the grapes. As a final touch, the wine producers’ hands in their cellars leave the imprints on what kind of personalities they want their Sagrantino wines to have. Trying 45 samples during the Anteprima Sagrantino, which were still in the final phase of aging had been a very engaging experience. The wines, after years of progressing have distinguishing refinement in characteristics.

The 2015 releases promise to be an exceptional vintage to keep and enjoyed as it ages.