Geographically, Irpinia is largely mountainous, in the center of the Southern Apennine Mountains which runs from the Sella di Ariano to the springs of Sele River. It has a diffusion of verdant hilly areas and valleys with neatly combed vineyards and olive orchards alongside forests. The terrain is predominantly Karst, formed by the dissolution of soluble rocks including limestone and dolomite. From the past, Irpinia has always played a significant role in the viticultural history of southern Italy, especially in the region of Campania where once, the Ferrovia del Vino (The Wine Train) was running through the route of Avellino to Rocchetta Sant’Antonio Railroad. At present, with the growing importance of the viticulture in Irpinia, this historical train wine route is once again functional to go through the Irpinian wine path again.

Irpinia is home to three of the highest denominations of wines in the Campania region: Taurasi DOCG, Greco di Tufo DOCG and Fiano di Avellino DOCG.

The area has an ideal vine-growing environment, thanks to the high altitude of the slopes, mixture of volcanic, lime and clay soils, diurnal temperature variations, and long period of growth. With these natural characteristics wherein the indigenous grapes of high quality grow, the winegrowers are able to produce wines of excellence with the traditional methods and modern techniques they employ.

The third edition of Ciak Irpinia, organized by the Consorzio di Tutela dei Vini d’Irpinia, and sponsored by the Municipality of Atripalda, Province of Avellino and  GAL Irpinia-Sannio, transpired last 18 May 2019 at the Dogana dei Grani di Atripada. The three DOCG wines were spotlighted for wine enthusiasts, including national and international experts on the field. Presented were the 2018 vintages of Greco di Tufo DOCG, Fiano di Avellino DOCG and Falanghina DOC, another important white wine of the area, as well as the 2015 vintage of Taurasi DOCG.

The event opened with a blind tasting of the four denominations of wines for the national and international experts on a selection of wines by the Commissione Tecnica Territoriale. Following the tasting, there was an in-depth discussion about the Vintage Ratings of 2018 and 2015 by Prof. Luigi Moio, the head of the Commissione Tecnica Territoriale of Irpinia.

Stefano Di Marzo, President of the Consorzio di Tutela dei Vini d’Irpinia, points out that the event represents an extraordinary opportunity for discussion on local productions, increasingly protagonists on international markets. Furthermore, Ciak Irpinia is not created to draw up rankings of the wines produced by individual companies, but to deepen the knowledge of the Irpinia area and analyze the changes underway, from an oenological, wine and economic point of view.

The climatic conditions of 2018 were favorable for the white wines and much less for the reds.

Winter had been quite mild with an abundance of rainfall, which constituted a good amount of water reserve for the plants. Summer, like winter, also saw an abundance of rain which contributed to a lower temperature average preventing water and thermal stress on the plants. As a result, the harvest had been delayed compared to the other years but still within the right time frame of the area. Since the climatic state was summarized as qualitatively good, the results of the white varieties were particularly expressive of the distinctiveness of the territory, with high complexities, intensity, finesse of aromas and freshness.

Whereas for the 2015 vintage, the red wines were concentrated and structured with intense fruitiness in the aromatic profile.

Winter went through an abundance of rainfall with low temperatures with a good accumulation of water reserves for the plants. Summer followed with dryness with higher temperatures than average and without significant changes of temperatures between day and night. The harvest had been generally high in quality standards.

Here are the best wines based on the results of my technical tastings: 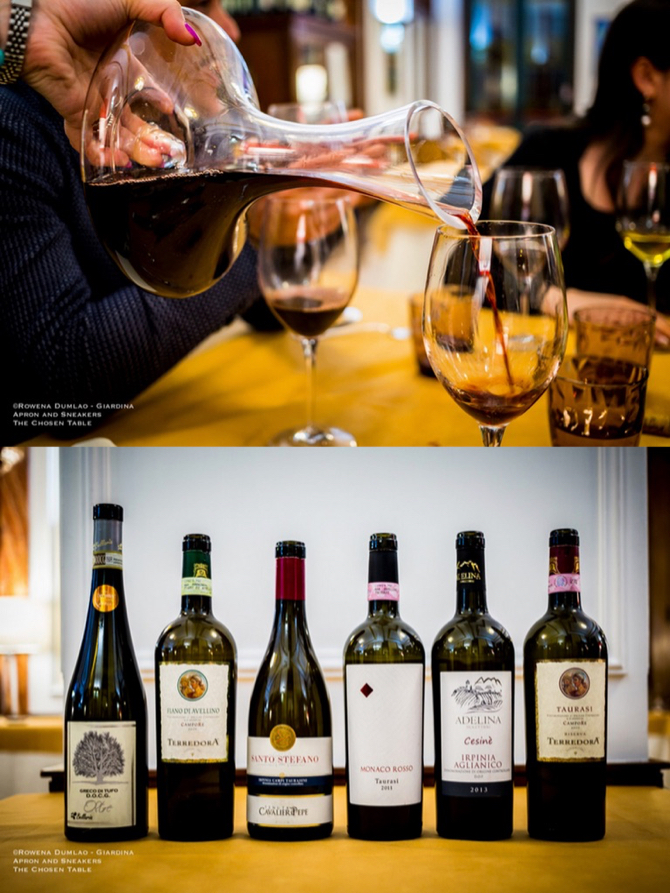