Christened with a new name and a new identity, the rooftop restaurant of Hotel Sina Bernini Bristol in Rome sets sail under the command of its new executive chef, Alessandro Caputo just a few months ago. A young chef who grew up in Sicily, one of Italy’s celebrated islands for its rich and strong Mediterranean gastronomy, Alessandro creates a kitchen with indications of Italian and European cuisines marked with French style and cooking techniques. He has a contemporary approach with well-defined flavors that distinctly identifies the ingredients. Techniques, rigid attention to the quality of of the raw materials and years of training is a perfect amalgamation in the evolution of his autographed kitchen. 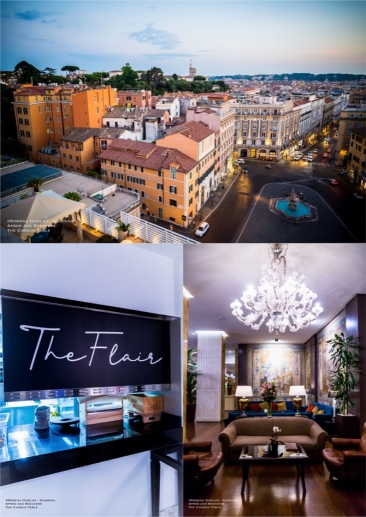 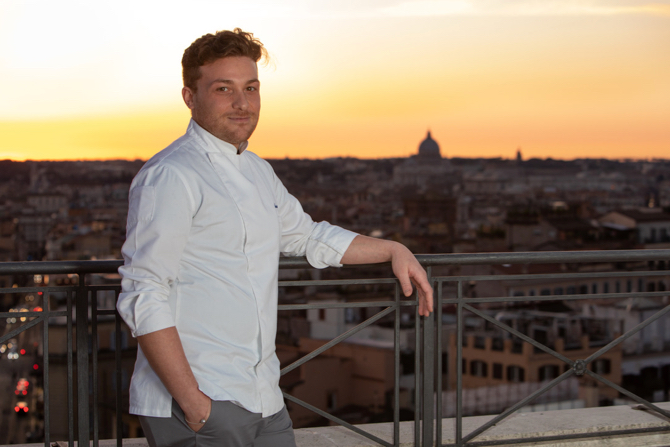 “I would like some of my dishes to be savored with the eyes closed to allow them to release all their power”, says Alessandro.

The tasting menu in fact, is called Buio or Darkness in English (7 dishes for €100) because the dishes are revealed to the guests gradually, in a succession of flavors that can make them feel like riding a roller coaster. 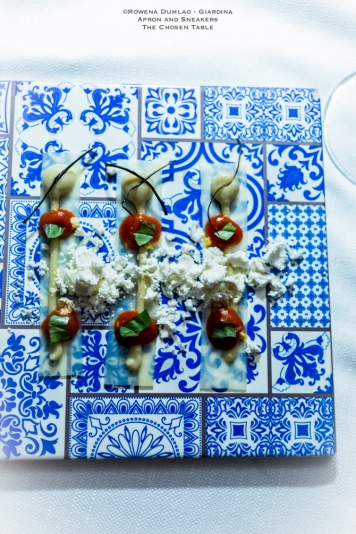 One of Alessandro’s signature dishes is the Non Parmigiana, a deconstructed Parmigiana dish that can be eaten with the eyes closed.

Instead of the classic recipe, the innovative version is prepared wherein the mozzarella is reduced into very thin strips of puff pastry with aubergine cream, fried aubergine flakes, tomato paste, basil and powdered oil complete the dish. Everything is rolled up and eaten in one bite. It’s a tribute to the flavors of the Parmigiana that Alessandro’s mother used to make. 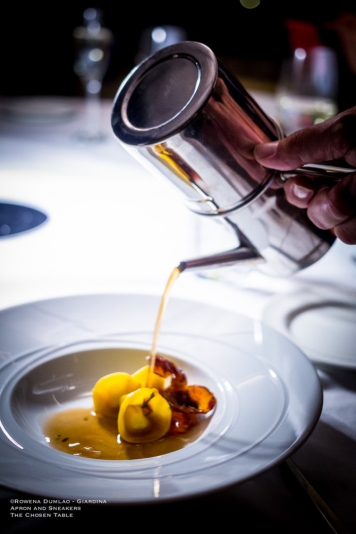 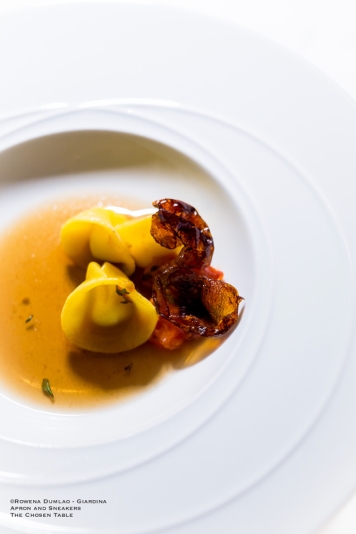 At such a young age, Alessandro had been exposed to an impressive lineup of Michelin starred restaurants where he gained professional experiences in the kitchen.

His road to gastronomy started in London where he took a year of training immediately after his scholastic studies in the city of Palermo in Sicily. From there he joined the toughest and most competitive kitchen brigades in the world. First at Fat Duck with Chef Heston Blumenthal, London’s multi-awarded triple Michelin starred restaurant then to Le Gavroche with Chef Michel Roux Jr., another Michelin starred restaurant in London with two stars. Back to Italy, he worked as the second chef of Massimiliano Alajmo at triple Michelin starred Caffè Quadri in Venice.

Arriving at Hotel Sina Bernini Bristol, With the remaking of the rooftop restaurant of the 5-star hotel a few months ago, Alessandro now takes the lead at one of Rome’s finest restaurants with a new concept and identity, The Flair.

The spectacular panoramic view that The Flair bestows is one of the best in Rome. It faces Piazza Barberini on the Quirinal Hill with the early 17th century Fontana del Tritone sculpted by Bernini standing in its full splendor. Looking more upwards, the iconic roofs of the capital create an absolute picturesque perspective of Rome.   The Flair has a capacity of 40 both indoors and outdoors during the warm season. Both ways, dining is rewarded with different viewpoints. Indoors, the dining area overlooks the large open kitchen while the chefs prepare the dishes while outdoors, with weather permitting, a striking prospect awaits the diners. 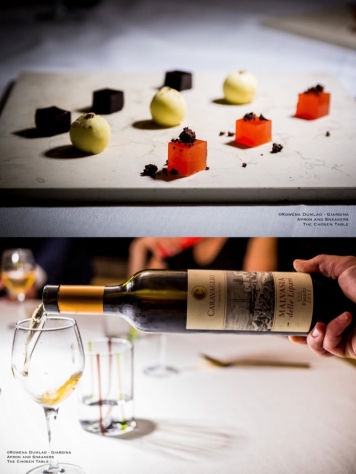 A project of the Bocca Family, proprietor of the Italian hotel group Sina Hotels for 60 years, Hotel Sina Bernini Bristol led by siblings Bernabò Bocca and Matilde Bocca Salvo journeys into a profound gastronomic path where their flagship hotel can provide excellence in genuine Italian hospitality for their guests.