The doors of Casa Museo di Ugo Tognazzi in Velletri opened once again on the last Saturday of November, the 30th, to an exclusive night of “Amici Miei”, a creation of Gianmarco Tognazzi of La Tognazza Winery. Amici Miei (My Friends), a name borrowed from the popular movie in the 1970’s directed by Mario Monicelli and starred by Gianmarco’s father Ugo Tognazzi, is an artistic project that gives value to friendship through the combination of wine, food and music and at the same time a tribute to his father, one of Italy’s most renowned actors in the 50’s until the 90’s. 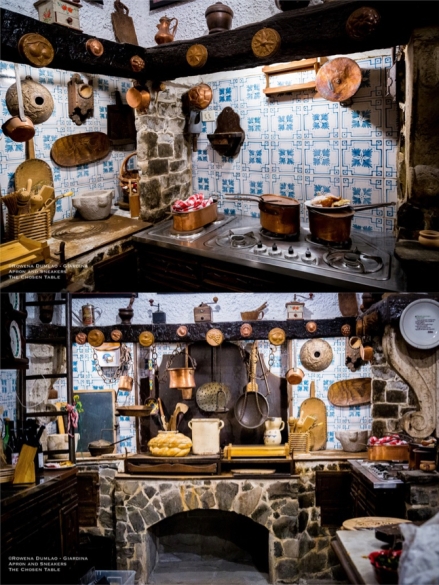 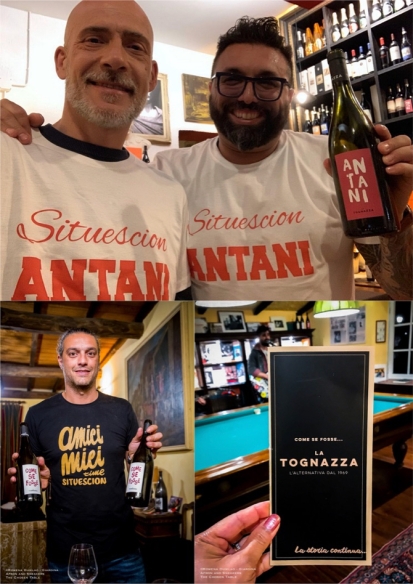 Ugo Tognazzi was not only a highly celebrated actor but he was also a revered unexpected gourmand who loved to cook and host friends at his historical home, La Casa Vecchia, which has been recently been transformed to a museum. Off camera, he referred to himself as the cook lent to the cinema, as he was ardent about cooking and hosting lunches and dinners at the “cenacolo” or dining room of his house with his friends.

Chef Danilo Pelliccia of Ristorante Dù Cesari, a Roman chef in Turin and a close friend of the family, reinterpreted the recipe book of Roman dishes. With the accompaniment of live music by the acoustic duo I Fii De Niciuno, dinner was hosted in the same rooms that have made Italian cinema great. It was the venue where Mario Monicelli, Vittorio Gassman, Paolo Villaggio, among other big names of the Italian cinema converged to play out their everyday lives outside the set centered around the kitchen of Ugo. 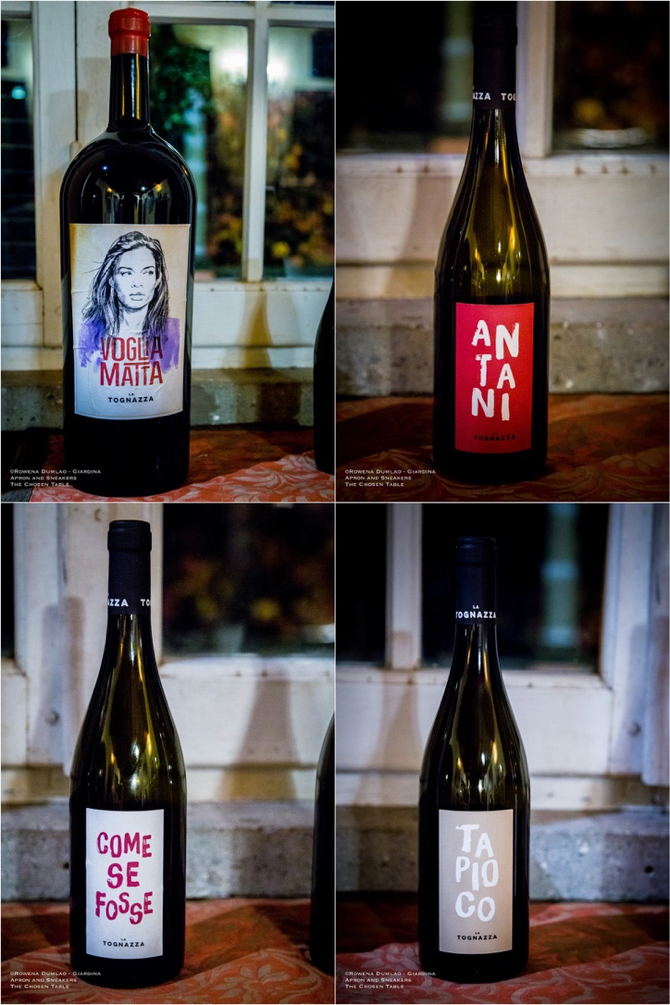 “With Amici Miei (My Friends) we not only want to underline the rapport of strong identifying relationship between our business, the territory of Castelli Romani and our wines, but also to offer our guests an original experience that can open new perspectives in experiencing the tasting. We called a Roman chef transplanted to Northern Italy with which we identify very well: Danilo, also from afar, continues to give value to our region Lazio both in his kitchen proposals and in his wine list,” explains Alessandro Capria, Manager of La Tognazza.

The dinner event on the hills of Castelli Romani recounted #quelmondotognazza which depicts the absolutely unconventional wine labels that were reflected in the kitchen of the exuberant and eclectic chef. The Roman menu pays homage to his origins: Porchetta of Ariccia accompanied by Genzano Bread, Tonnarelli Cacio e Pepe, Trippa alla Romana (Roman Tripe) and concluded with sweet mini Maritozzi. 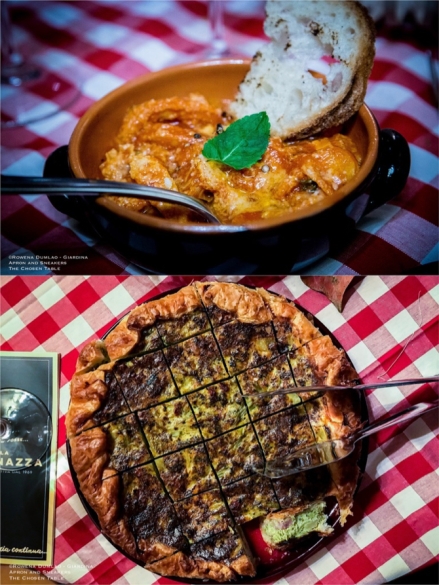 Creative personality, pop, bold, and original, these are the main characteristics of La Tognazza wines. Each label holds a story of its own, fundamentally different and invariably going against the flow. With fifty years of history in winemaking, La Tognazza has been making wines with special focus on Sangiovese blended with international varieties which are cultivated in their vineyards in Lazio in the towns of Velletri and Castelli Romani and Panzano in Chianti in Tuscany.

Accompanying the dinner were these wines starting with Tapioco, a blend of Chardonnay and Vermentino with its refreshing floral and fruity aromas coupled with decisive sapidity lent by the volcanic soil of Lazio. Voglia Matta, 100% Chardonnay cultivated in their vineyards in Tuscany then aged in French oak barrique for 12 months where it went through malolactic fermentation, showed a complex and structured personality of aromas and flavors. 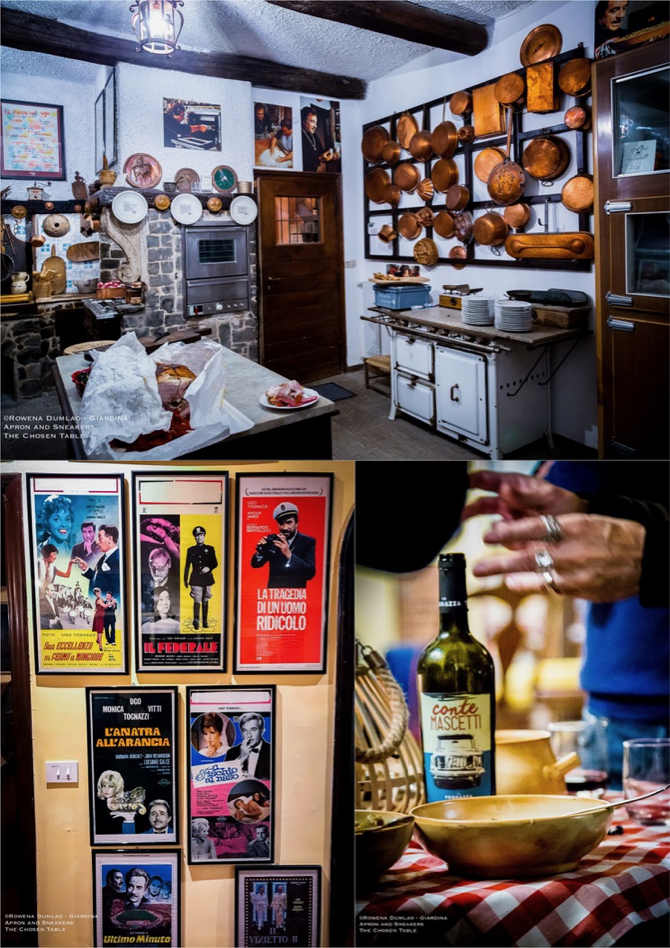