Entering the world of wine is not just about opening the bottle and drinking it. There’s a lot more to having that beautiful liquid that emanates vast variations of aromas and flavors. There is an intangible aspect that helps us understand the soul of the wine. It’s that part when you get to know the winemaker and his story. Truthfully, it’s the facet that I love most in my wines, a simple conversation of shared emotions, thoughts and goals from a winemaker to a wine drinker. In every bottle, there is a past, present and future. One morning, I got to know the person behind the winning bottles of Vino d’Artista Maurizio Pio Rocchi Petra rdg 2015 and 2016 in two consecutive years at I Migliori Vini Italiani of Luca Maroni. 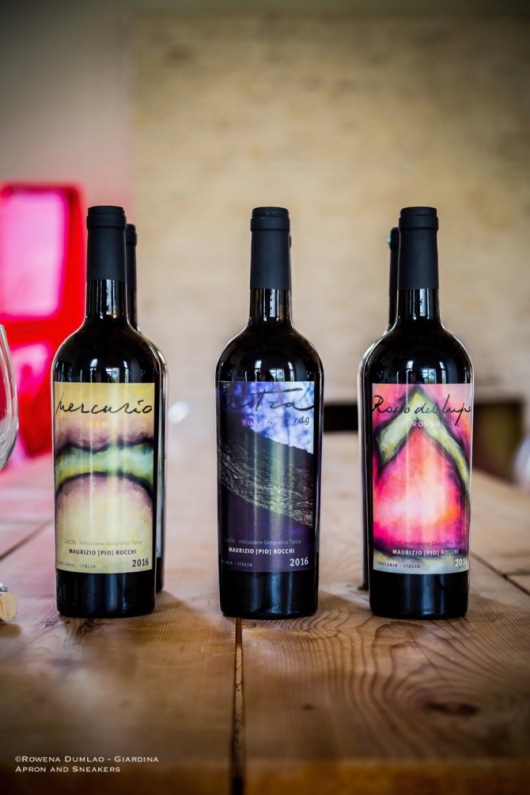 On a 100-kilometer morning car ride from Rome to Tuscania, I was looking forward to the company of Maurizio Pio Rocchi and his family. I’ve met him on two occasions, both wine events in Rome called I Migliori Vini Italiani di Luca Maroni. In both times, his wine won awards. In February 2017, his Petra rdg 2015 (Sangiovese 80%, Barbera 20%) received 91 points and got the 3rd place as the Best Rosè in Italy while just recently, in November 2017, the same wine, Petra rdg 2016 received 96 points and got the 1st place as the Best Rosè in Lazio. 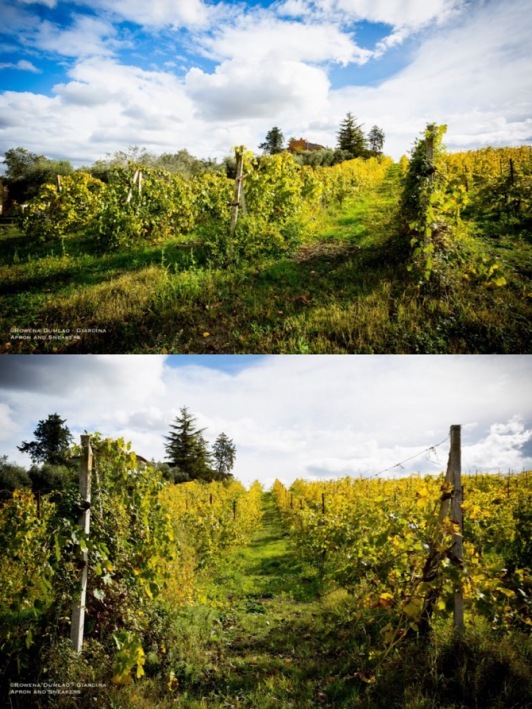 The third meeting with Maurizio took me to his winery which is also his home. A road just off the walled town of Tuscania with a long driveway with a multitude of trees of different varieties.

In a quest to make a better ecosystem in his area, he planted 17,000 trees in 2005 with the help of the European Community in their forestation project.

A land of 33 hectares is home to his 2.5 hectares of vineyards and 1.5 hectares of olive trees where he produces wines and extra virgin olive oil.  Over coffee and tea in the cozy kitchen of Maurizio in the company of his wife Petra and son Enrico, the wines that I tasted and admired in the wine events came to life as I probed deeper into who Maurizio Pio Rocchi really is. 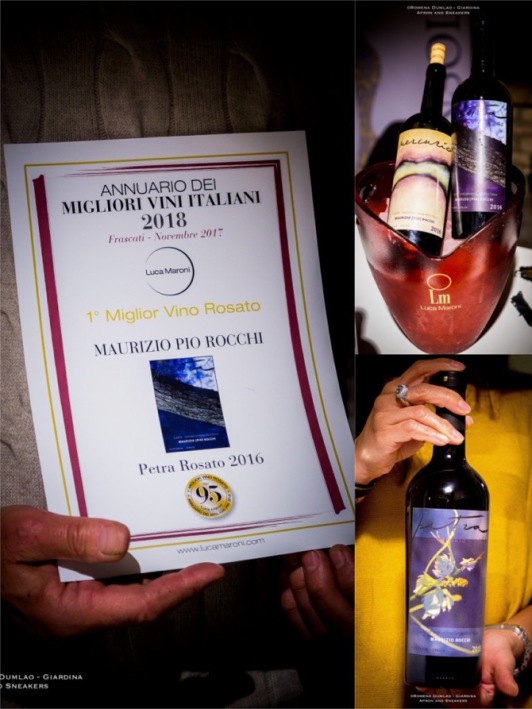 Maurizio’s agricultural life officially started in his own hands in 1991 when he bought a piece of land in Tuscania. Although born and raised in the city of Rome, he has gained love and experience in the vineyards of his parents in the countryside. He’s a self-taught farmer and winemaker who worked on his wines with the desire to guide the grapes from the vineyards to the bottles through the work of the cellar. His knowledge stems from his daily interaction with his soil and grapes. 1993 gave his efforts a reward when he received the certification of being the first organic farm in the province of Viterbo and among the first in Italy. 1994 was a turning point year when he joined Vinitaly for the first time to showcase his red wines. Out of the 500 bottles he produced that year, 200 were sold to a German buyer. The big wine event in Verona was the window where his wines were tasted and scrutinized by the public. Orders picked up as well as his annual production. By 1998, he finally took a bigger step into understanding a better wine production. 17 October 1998, a date he remembers by heart, he started making wine like how it should be done. 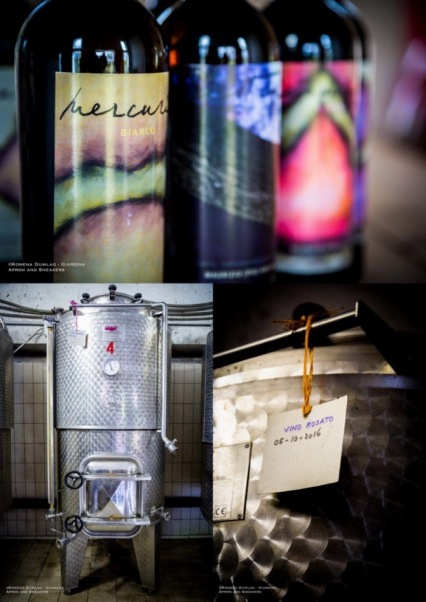 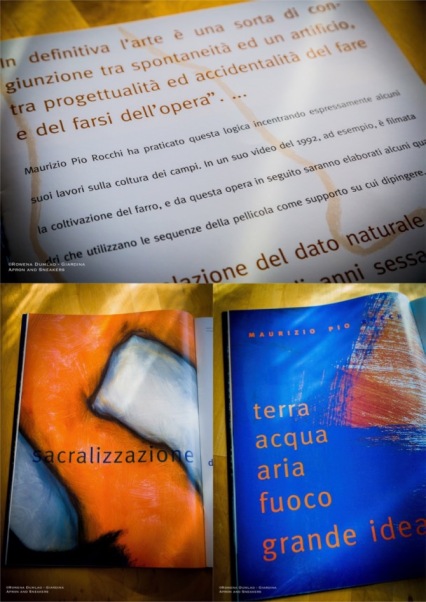 With a very good year, the 2000 vintage came out very well and he was able to export to California. It is in this year when he started producing rosè wines too which is predominantly Sangiovese and a smaller percentage of Barbera. Soon after, he changed the public exposures of his wines to smaller events in 2003 and completely abandoned Vinitaly. Being an abstract artist inspired by his soil and agriculture, he combined the dance and painting performances with tastings of his wines. His art is deeply motivated by the concept of fracture, a break in the chromatic space. The year 2006 was another memorable year for Maurizio for he became the Ambassador of Tuscia Wines. The succeeding years were more fruitful the the previous ones. 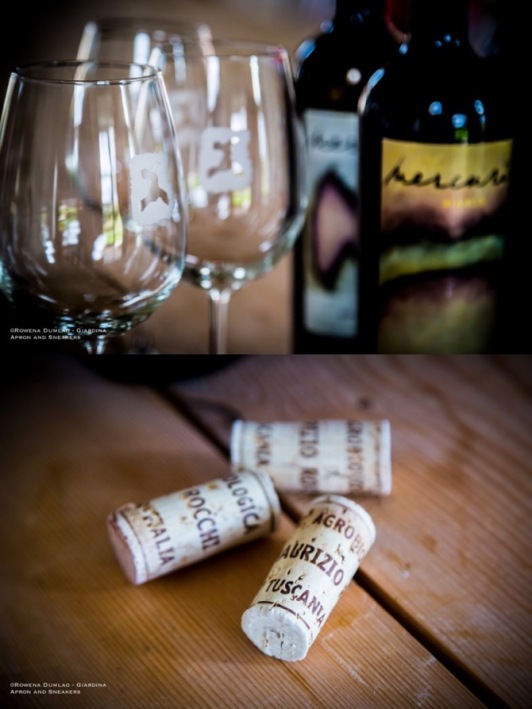 At present, Maurizio produces around 7,000 bottles per annum with his red, Rosso del Lupo, the white, Mercurio and the rosè, Petra rdg with Paolo Peira, one of the best Italian enologists. The wine labels that change every year, are done by his wife, Petra, who is a photographer and an artist. Their oldest son Enrico has recently joined in the wine activities, helping Maurizio. The Rosso del Lupo is a blend of 75% Sangiovese and 25% Barbera grapes that has an intense ruby color with granite reflections. Full-bodied, and persistent with aromas of cherries and berries, the palate also gives rich minerality, tannins and dark fruits. 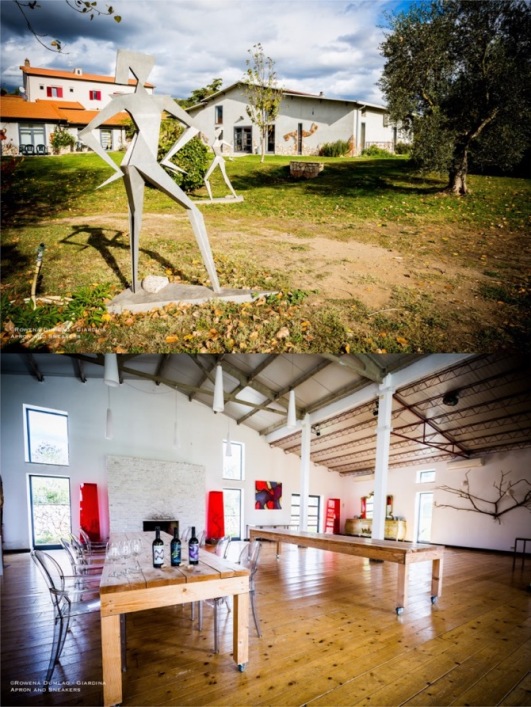 The white wine is called Mercurio, a blend of three grapes: 45% Trebbiano Toscano, 45% Malvasia di Candia and 10% Moscato. It’s golden yellow in color and crystal clear in limpidity. A fine dry white wine that yields yellow flowers and stone fruits in the nose and a balanced freshness and sapidity in the palate.

And of course, the award-winning Petra rdg, a rosè blend of 25% Barbera and 75% Sangiovese with a 24-hour skin contact giving it a soft rose hue.

Complex with lots of personality, this rosè has very interesting characteristics to show off. To make 2016 even more special, this was the first vintage of the father and son together. 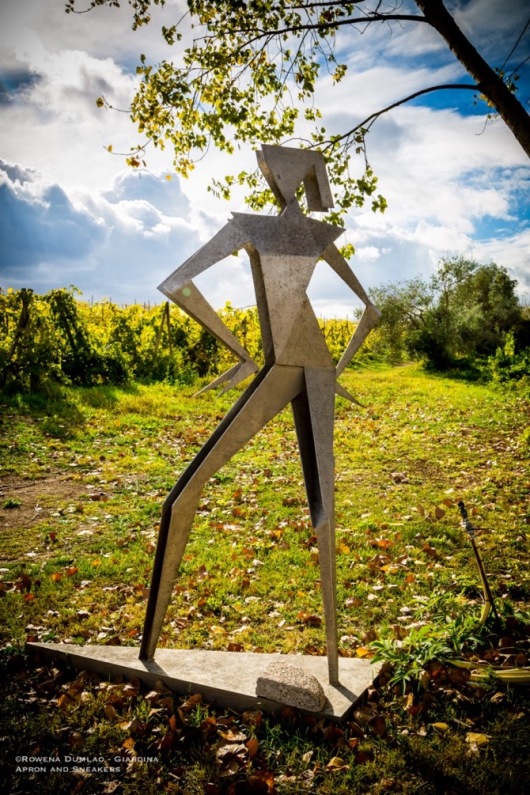