The red door symbolized the preservation of traditional dishes and their flavors while adapting them for the modern day refined palates.

He started a gastronomic revolution that became sought after by Italian gourmands. What a big change it was from what his family started in 1874 when Trattoria Andrea Colonna was just a simple restaurant that travelers stopped for, stay, eat and change horses for the last time before heading to Rome. But what remained unchanged for centuries is the distinguishing quality of its home-style cooking. 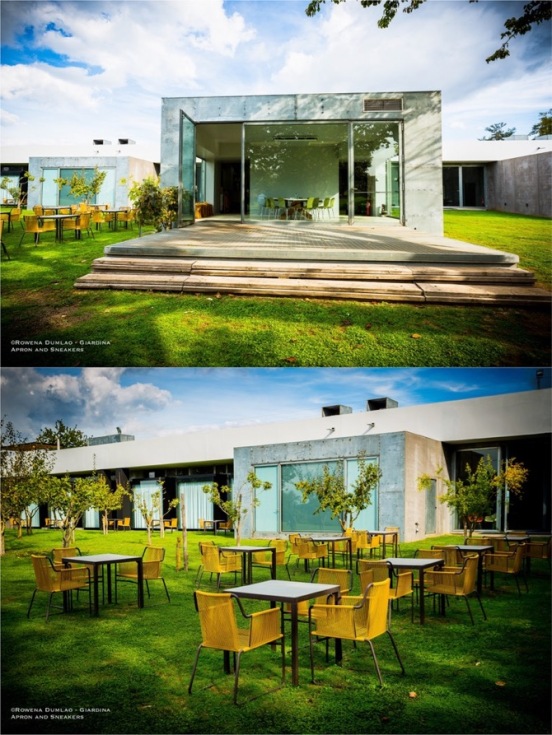 Antonello Colonna Resort and Spa was not opened until April of 2012, after he opened Open Colonna in 2007 at the invitation of the Palazzo delle Esposizioni in Rome to take his revolutionary philosophy of hospitality to the modern roof garden of the 19th century building. He has gained an outstanding reputation in the gastronomic world like serving as the Executive Chef of the Office of the Prime Minister in 2000 when he prepared the luncheon for Queen Elizabeth II and the Prince of Asturias in 2001. At Open Colonna, his restaurant in Rome, he also hosted the royal family of Sweden.

The resort and spa is located in the heart of the Roman hills in the natural park of Labico which is just an hour away (about 60 kilometers) from Rome. It’s a place of relaxation and discovery of the fruits of the land where luxury meets the core of nature, set in  20-hectare unspoiled landscape of fields of wheat and poppies, groves of chestnuts and hazelnuts and orchards of fruit trees of forgotten flavors. It is also a working animal farm where cheese is made and vegetables are grown for the restaurant of the resort.

Having visited a wine estate in nearby Zagarolo, Antonello Colonna Restaurant came out as an interesting option to go to for lunch at the nearby town of Labico. Without knowing what to expect apart from what I read in the online restaurant guide, driving through the country road towards the Antonello Colonna Resort and Spa where the restaurant is housed, gave me an impression that the place would be nothing that I had imagined to see as I drove through the gate.

It wasn’t a typical farmhouse nor a villa that is typically set in the Italian countryside, but a modern structure of glass, steel and wood greeted me. The interior of the resort is very modern, minimalistic and artistically designed giving it a lot of space for details that are tailored for emphasis. Cement, art, lights, and glass might seem cold but with the staff’s professional capacity to make their guests feel the warmth of their welcome, the first few minutes was a cordial impression of hospitality. 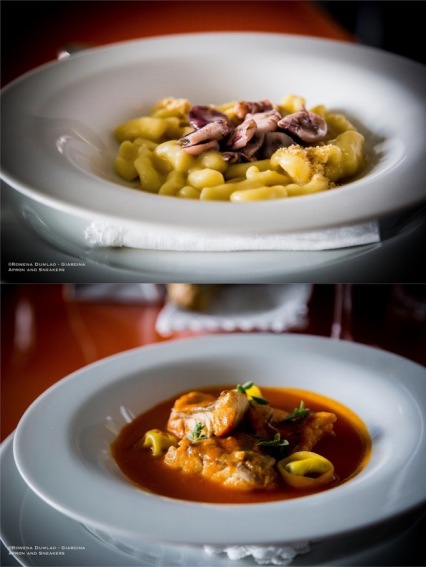 Antonello Colonna’s cuisine best represents creativity and innovation but with always holding ground with its respect to tradition. Well-chosen ingredients which are only the best, put together in amazing dishes.

Dining at Antonello Colonna Restaurant is a noteworthy experience. The restaurant’s decors are kept at the minimum which gives the food the pinnacle of the attention with the support of the excellent wine list, the highly commendable professional service and the relaxing greenery framed by the big glass wall of the restaurant. 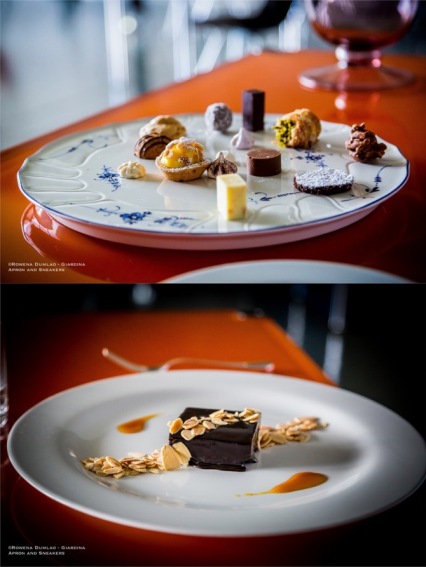 The menu changes constantly to reflect the flow of the seasons, guided by experimentation and creativity, by the deep bond with the territory, with its history and identity, by the authentic flavours and quality of the raw materials.
– Antonello Colonna Restaurant