We are in Roero, in the region of Piedmont, at the northwest part of Italy. Positioned in the picturesque area of the Rocche and arriving to the left bank of Tanaro River, the landscape of Roero welcomes you with distinctive series of hills dotted with a number of magnificent castles, fruit orchards and combed vineyards. This hilly area is known for the production of Roero wines and for its fruit production particularly the Canale peaches and the Madernassa pears.

This year, for its fifth edition, the Consorzio di Tutela Roero, a consortium for safeguarding Roero, decided to hold Roero Days in its own cradle, immersed in the enchanting land of vineyards, castles and hills. The location was as enchanting as the area and the wines as the 18th-century Castle of Guarene has been standing on the hilltop of the town of Guarene for five centuries. Presently converted into a 5-star Relais & Chateaux hotel, with the 3-storey structure completely restored to its original splendor. It commands an unparalleled panorama of the whole chain of the Langhe hills from Monferrato to Verduno, and the Roero hills towards the distant alps, a landscape covered with vineyards, castles, towers and villages and recognized by UNESCO as a World Heritage Site. 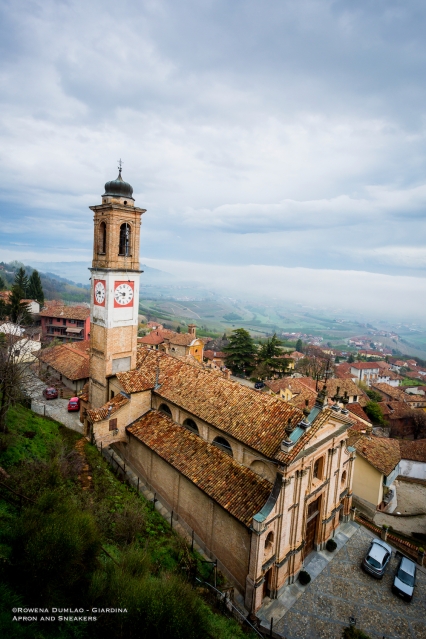 Francesco Monchiero, President of Consorzio di Tutela Roero explains, “For this edition we have chosen to put our land in the spotlight, bringing the visitors directly into Roero country, whether professionals or enthusiasts, from home or abroad. Playing on home ground we can introduce people to the diverse aspects of our production area, from castles to trails among the vineyards, from gastronomic delicacies to the wealth of cultural activities for which the area is distinguished. Roero Days will thus become an occasion for setting up a system by which the character of this lovely corner of Piedmont can be shown to best advantage.” 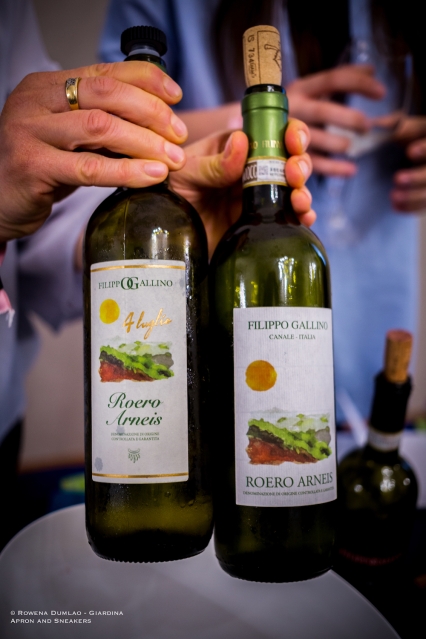 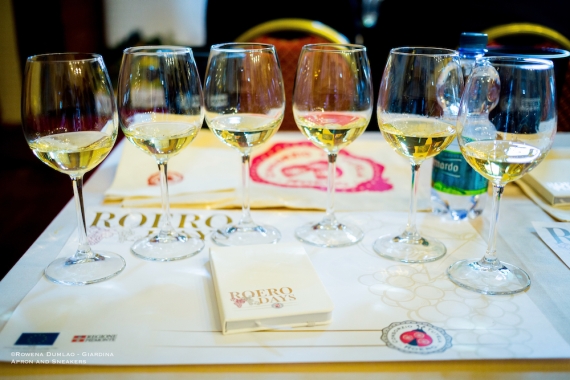 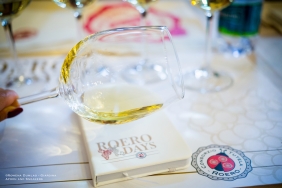 Roero Days was a two-day event of tasting the Roero DOCG wines of 70 wineries with guided gastronomic samplings, workshops and tours of the area. It was attended enthusiastically by local and international visitors in sampling the new vintages of Roero Arneis 2017, Roero 2015 and Roero Riserva 2014. 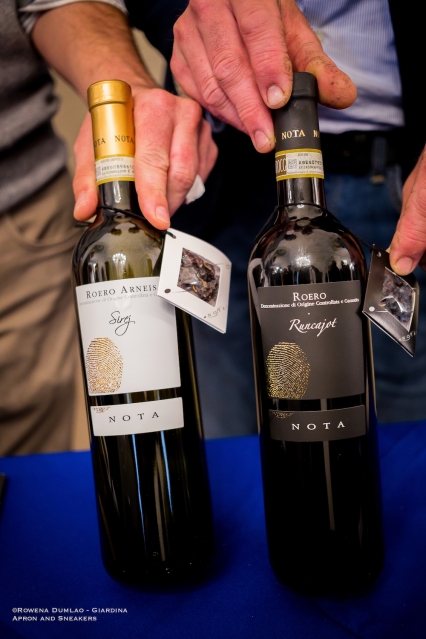 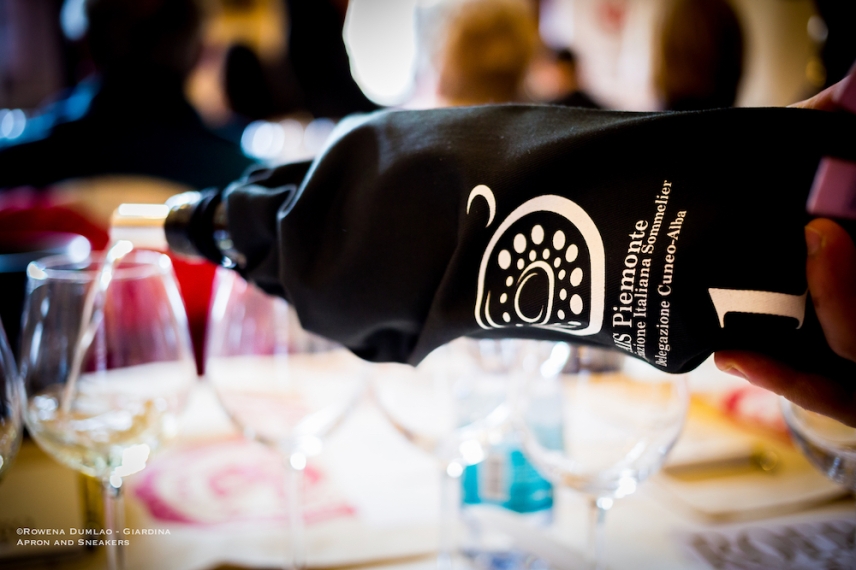 What is Roero DOCG?
The wines of Roero DOCG are produced exclusively in the designated areas using the indigenous grape varieties Arneis, a white variety, and Nebbiolo, a red variety. The Roero DOCG is reserved for the following typologies and mentions: Roero, Roero Riserva, Roero Arneis, and Roero Arneis Spumante. 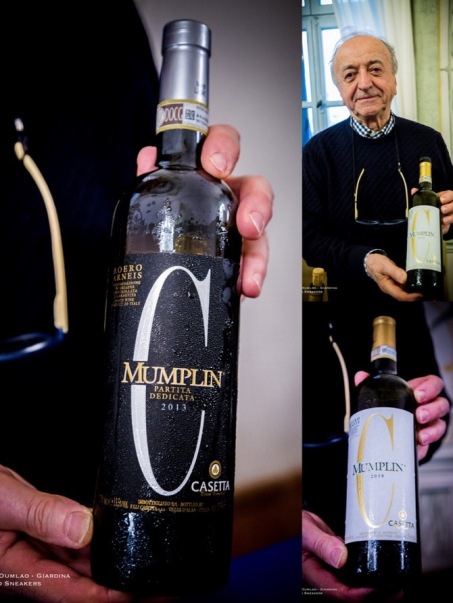 Roero DOCG (also Riserva)
Roero DOCG is reserved for red wines made with a minimum of 95% Nebbiolo grapes (the same grapes used for Barolo and Barbaresco). The remaining 5% can be from non-aromatic red grape varieties cultivated in the Piedmont region. However, in most cases Roero DOCG is made with 100% pure Nebbiolo. The aging has a minimum of 20 months in which 6 months are done in oak.

As for the Roero Riserva, the aging extends until 32 months in which 6 months are in oak.

Typically the Roero DOCG wine is characterized with limpid, ruby red color (and more garnet red for the Riserva), medium body and medium to high tannicity. They usually have aromas of spices, black forest fruits and cherries.  They are normally less structured than Barolo and Barbaresco. This is because of the difference of the soils found in the three areas. The Roero area has the sandy soil with alluvial marine origin which gives richness in minerals and fragrant characteristics to the Nebbiolo whereas the areas of Barolo and Barbaresco have heavier limestone and clay stones. 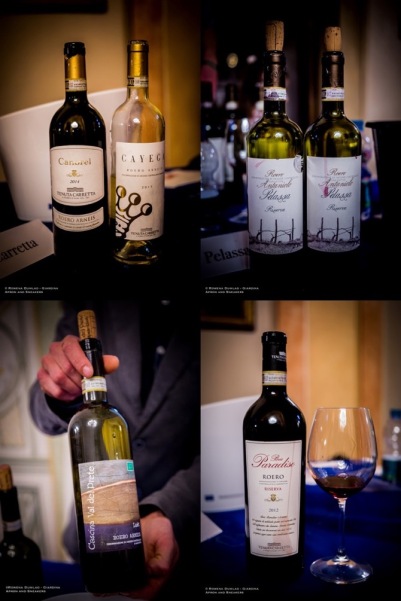 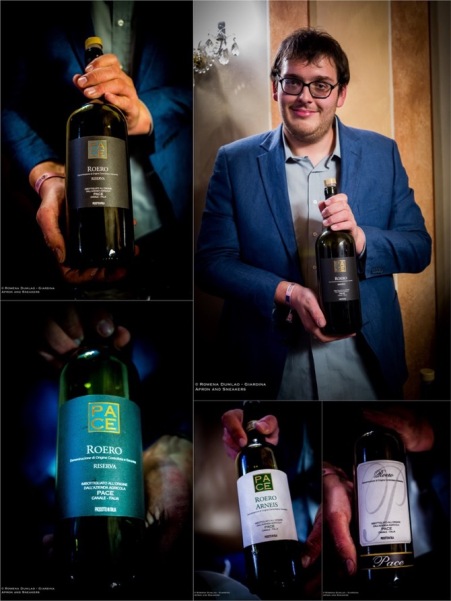 Roero Arneis DOCG
Roero Arneis DOCG is reserved for white wines made with a minimum of 95% Arneis grapes. The remaining 5% can be from non-aromatic white grape varieties cultivated in the Piedmont region. These wines have crystal-clear limpidity, straw yellow color  and good intensity. At the nose, they open to delicate, fresh floral and fruity aromas like apricots and pears. Roero Arneis is one of the excellent white wines that can express wonderfully to aging for some years.

Roero Arneis Spumante DOCG
Roero Arneis Spumante DOCG is reserved for white wines made with a minimum of 95% Arneis grapes. The remaining 5% can be from non-aromatic white grape varieties cultivated in the Piedmont region. The wines have straw yellow color, fine and persistent perlage. The nose gives delicate aromas of fruits, flowers, bread crust, and vanilla. They are produced with different classifications of sparkling wines based on the residual sugar content from Pas Dosè to Dolce or Doux.

In getting to know the two principal grapes of Roero, Arneis has been cultivated in Roero for centuries. The first written evidence that it was being cultivated was around the 15th-century. In the 1700s Arneis was cited about as one of the best quality grapes, like the muscat and so, it was vinified mainly sweet or as a form of vermouth. Only in the 1970s that vineyards started to completely dedicate to Arneis.

In the succeeding years, adopted the name White Nebbiolo because it was being planted next to the Nebbiolo grapes in the vineyards with the aim to attract the birds with its sweet scent as a way of distracting them away from the more valuable Nebbiolo clusters.

Nebbiolo is a native grape of Piedmont with the first written records of it found at the end of the 13th-century. In the 18th-century, records show that different types were found in the cellars of the area, from dry to sweet. In following centuries, it became one of the most highly regarded red grape. Nebbiolo is grown almost exclusively in hillside vineyards with the best exposures to the sun and rarely planted on top of hills (on which Barbera is planted). Only in the 1970s that vineyards started to completely dedicate to Arneis. There are three well-known and used clones: Lampia, Michet and Rosé.