You tend not to count the minutes when you travel in the countryside between Rome and Viterbo for two hours. Like in all parts of Italy, the panorama is pulchritudinous, especially when you pass by Lake Bolsena. Olive orchards, vineyards and in summer, fields of colorful wildflowers.It’s an enthralling view that reaches its finest when you reach Farnese and enter the gates of Il Podere di Marfisa. 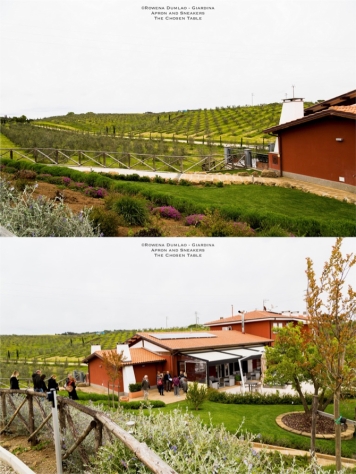 The Clarici Family reached the apex of their dream when they opened Il Podere di Marfisa last April 2019 in the town of Farnese in Viterbo. It’s the first wine relais in the historical Tuscia area where lovers of wine, good food, spa, wellness activities and pure relaxation find themselves in the midst of 20 hectares of vineyards and olive groves. In a span of a decade’s dedication, Bruno Clarici, along with his children Nathalie and Riccardo, and his nephew Marco Baroni, opened Il Podere di Marfisa, a name Bruno dedicated to their founder, Marfisa. The wine relais is a masterpiece composed of three cornerstones: the restaurant Osteria Unicorno, the winery and mill Terre di Marfisa, and the wellness relais Il Podere di Marfisa.

The history of the Clarici Family has its roots in Farnese from the last century and Marfisa Bruni’s passion and love for her native land has significantly influenced everyone to follow her footsteps into what she has exposed them to. The ancestral home of Marfisa and her husband, Nicola Clarici, with their five children wherein Bruno is the youngest, located on the slopes of the town of Farnese. Here, the large family used to gather for summer holidays and harvests for their grapes, olives and cherries. Bruno’s children, Riccardo and Nathalie have developed a special attachment to nature. This loving bond materialized into something concrete when their father, Bruno bought the land adjacent to their ancestral home in 2009. From thereon, they gradually progressed from olive oil production to wine and finally the hotel designed by their cousin and partner, architect Marco Baroni. The 12-room hotel is presented with unique designs and highlights the wellness facilities and the restaurant, where they can feature some of their grandmother’s recipes in the interpretation of their resident chef.

Unicorno is the restaurant located inside the hotel with an outdoor balcony that boasts the picturesque panorama of the property. The kitchen is driven by Marta Cerbino, a young and accomplished chef who started her incredible journey in gastronomy at such a young age after her culinary education in Rome. An initial professional experience as a commis with Pastry Chef Giuseppe Amato of the triple Michelin-starred La Pergola of Heinz Beck jump-started her career. Several experiences in fine dining restaurants in Italy followed suit namely Il Trebbiolo Relais in Fiesole, De Pisis of Palazzo Bauer in Venice, Casa Perbillini in Verona, Villa Fiordaliso in Lake Garda. In Paris, France, she also had a quick stint at Restaurant Sauterne, Gazzetta, and a three-year experience at the celebrated Chateaubriand as the second chef of Inaki Aizpitart. Upon her return to Italy, she was entrusted the kitchen of Unicorno of Il Podere di Marfisa. She proposes a refined and innovative kitchen but at the same time simple and genuine which highlights and respects the genuine flavors of the territory, without distorting their values and seasonality of the ingredients.

Here, the chef crowns the philosophy that the Clarici Family would like to convey.

Terre di Marfisa is the winery of the Clarici Family where they produce wines from Sangiovese, Petit Verdot, Syrah, Vermentino and Incrocio Manzoni (a cross between Riesling Renano and Pinot Bianco). The estate stretches splendidly over 20 hectares at 380 meters above sea level between the hills of Tuscia and on to the border with Tuscany. The gentle slopes of the hillsides with volcanic soil receive the sea breeze from the Tyrrhenian Sea and surrounded by the lush greenery of the countryside of Farnese and Ischia of Castro. Their wines, Athumi, Tesham, Thu Sha and Zamathi display good minerality, freshness and balance.

Zamathi, a blend of Vermentino and Incrocio Manzoni, has notable characteristics both in the nose and palate for its harmonious floral and fruity characteristics, freshness and sapidity. 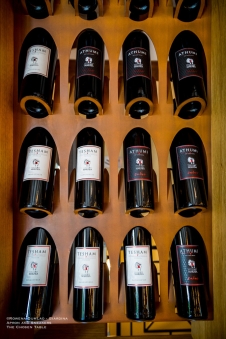 Il Podere di Marfisa is the 12-room hotel with suites, junior suites and comfort rooms with impressive views of the vineyards and olive orchards. On the lower level, the wellness area is equipped with an indoor pool, waterfalls, effervescent jets for massages, sunbeds with hydromassage, sauna, Turkish bath, massage rooms and emotional showers. 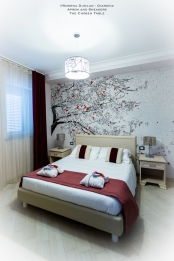 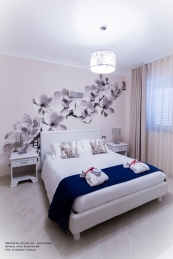