After an ample collection of professional experience in sundry kitchens around Italy, New York and Cologne, Chef Danilo Ciavattini, born in Viterbo in 1980, returned to his hometown in 2017 and opened his own restaurant calling it with his own name. But before directing his own kitchen, he went through a long and fundamental voyage of gaining knowledge from great chefs, accumulating a string of accolades and accruing experiences that defined his style in the kitchen. 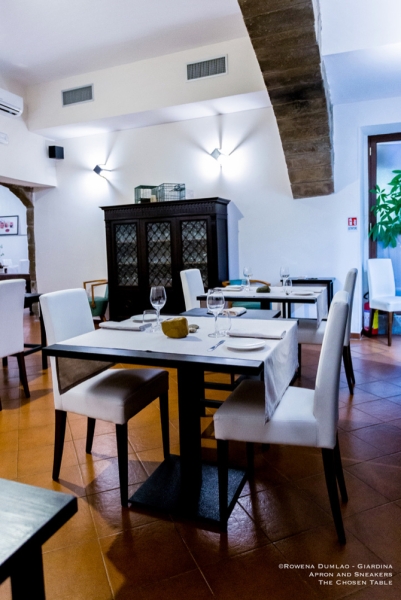 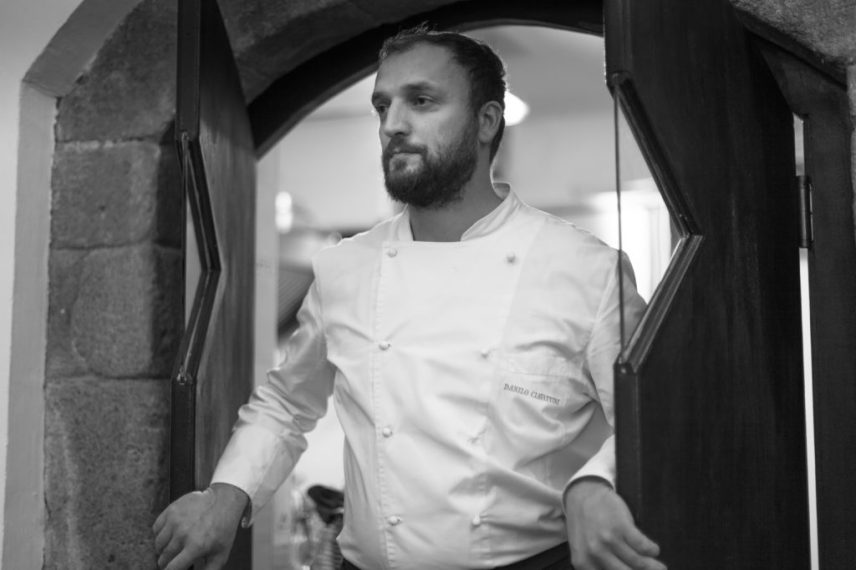 From the site of Danilo Ciavattini

As a child, his passion for cooking was cultivated in the family home in the countryside, where he grew up learning about the genuine tastes and values of food from his grandfather and the farmers who had their lives wrapped around agriculture, respecting what nature provides. In the kitchen, he was helping his grandmother in the preparation of traditional family recipes. With a childhood evolving around nature and food handed down by generations, the most natural thing was to follow the path of gastronomy and become a chef after studying at a local hotel school then further studies in becoming a pastry chef. Then eventually, he started teaching professionally at Gambero Rosso and Coquis, a couple of notable culinary schools in Rome. 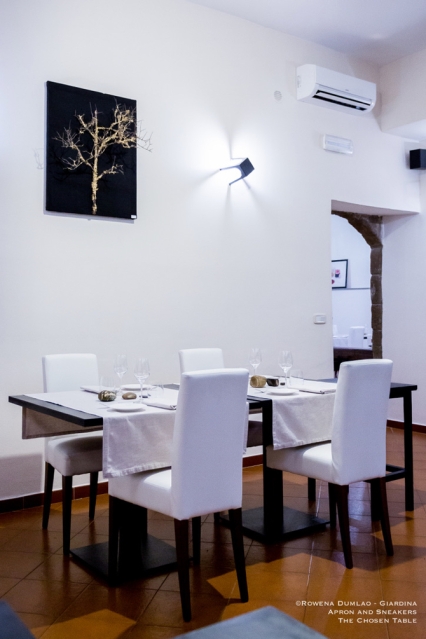 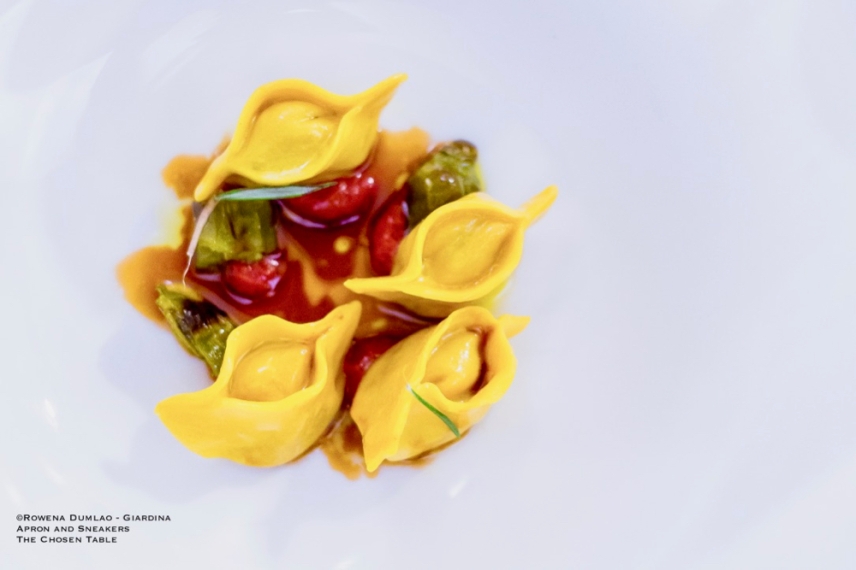 Ciavattini initially worked as a sous chef with Perdicchia Domenico then a pastry chef with Selvaggini Romolo. Afterwards, he stayed for four years as a sous chef of Salvatore Tassa at the Michelin-starred Colline Ciociare. In 2011, he took over the kitchen of Michelin-starred Enoteca La Torre in Viterbo and maintained the star until 2016 when the restaurant moved to Villa Laetitia in Rome.

Ristorante Danilo Ciavattini is conveniently positioned in Via delle Fabbriche, just a few steps from Piazza della Fontana Grande, wherein a beautiful fountain from the 1200 is located. Elegantly sober in character, the two-room restaurant welcomes the diners in a warm environment. 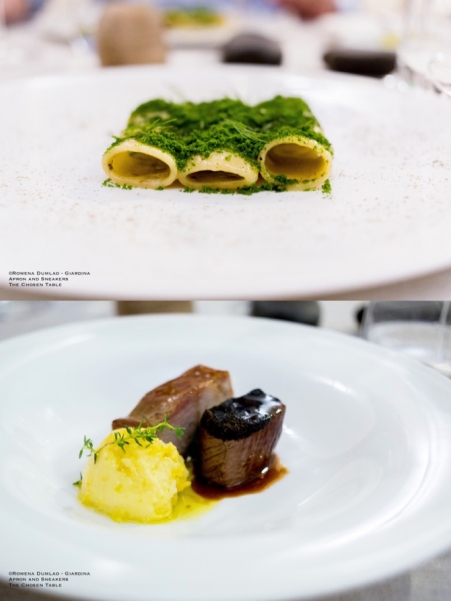 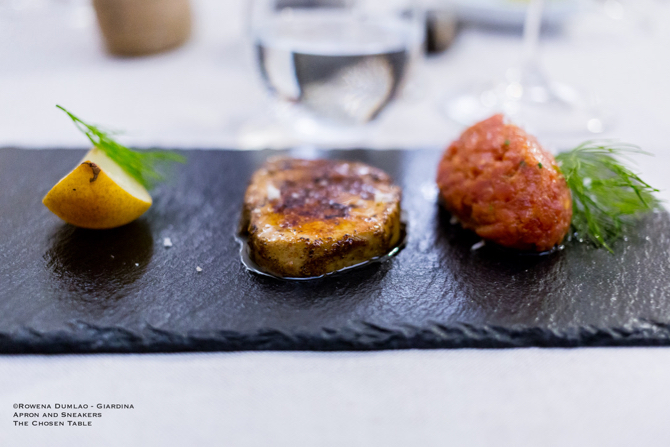 Drawing inspiration from what he knows best among nature’s bounty and the fragrances of earth, his creations are results of the sensations that he collects from them. The kitchen of Ciavattini has deep imprints of the territory, Tuscia where traditional plates like Acquacotta are always given space. The usage of local ingredients relay the history of the territory and the producers through the kitchen of Ciavattini. They in fact, nourish the creativity of the chef. 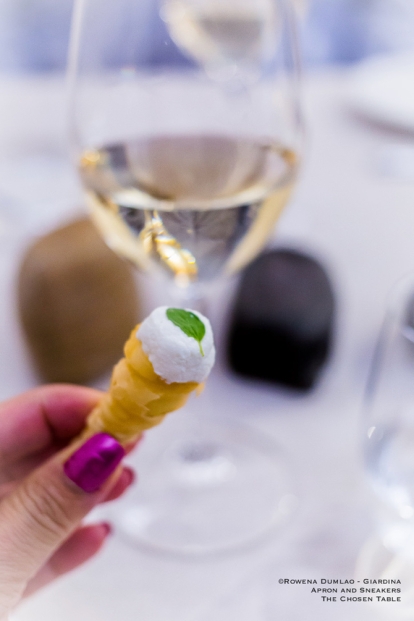 The menu has two proposals of tasting menus: Degustazione dalle Radici ai Rami (€65) which is comprised of 8 courses and a shorter one Degustazione Tradizionale (€35) has 6 courses, both menus including the amuse-bouche and pre-dessert. The à la carte entries for Appetizers average between €12 to €18, First Courses of Pasta between €12 to €15, Main Courses of Meat and Fish between €20 to €24, and the Desserts between €6 to €12. The wine list is ample with particular attention to the Tuscia territory. 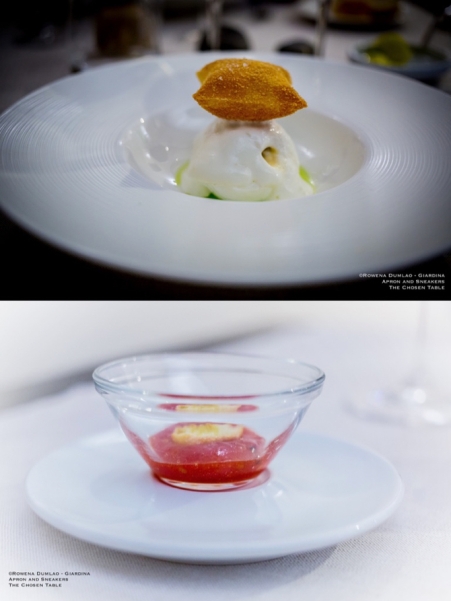