If you love Italian red wine, then you must have heard or tried Sagrantino di Montefalco and if you liked it, then you must know about its leading top quality producer, Arnaldo Caprai. Arnaldo Caprai does not only have the prominence in the quality of its Sagrantino wine but it also has the notability in its role in reviving this autochthonous grape variety in Montefalco, Umbria. The Sagrantino grape has been cultivated in the region for more than four hundred years, then it  went through a period of diminished activity until Marco Caprai, son of Arnaldo Caprai, focused his interest in the disappearing grape and reestablished it in Montefalco in the late 1980s.

In 1992, the Sagrantino was awarded with the top appellation in Italian wines, the DOCG (Denominazione di Origine Controllata e Garantita) which denotes controlled production methods and guaranteed quality of the wine.

So from a leading Umbrian textile entrepreneur, Arnaldo Caprai had taken one big step forward in acquiring 112 hectares of vineyard land in the hilltop town of Montefalco in 1971. Within one year of joining the activity in 1987, Arnaldo’s son, Marco acquired more land, built a state-of-the-art winery, studied the Sagrantino grape along with the University of Milan, and launched the Sagrantino Project with incredible success. Now on is 30th year, Sagrantino is one of the most celebrated grape variety in the world for its stunning characteristics.

Thank God we still have the richly structured intense ruby Sagrantino di Montefalco in the vineyards of Arnaldo Caprai and some of its neighbors in Montefalco! But Arnaldo Caprai is not just about Sagrantino because out of its 150 plus hectares of land that are spread out in the areas of Montefalco, Bevagna, and Gualdo Cattaneo its vineyards have been dedicated to other varieties like Sangiovese, Merlot, Cabernet Sauvignon, Pinot Noir, Canaiolo, Chardonnay, Grechetto, Sauvignon, Fiano, and Trebbiano Spoletino. It has a production of fifteen different kinds of wines, extra virgin olive oil, grappa, and beer.

Arnaldo Caprai Winery is set in the middle of a vast land of vineyards. The winter colors of subdued tones of yellow, mellow greens and specks of brown create a beautiful perspective of the picturesque landscape of Montefalco.

A trip to the winery is a discovery of another corner of Italy that you will fall in love with, from outside its doors to inside when you taste their wines.

Out of the 15 wines of Arnaldo Caprai, five were in the lineup of winetasting. The first and only white was the Colli Martani Grechetto DOC Grecante 2015. Made with 100% Grechetto grapes, the wine is aged for 3 months in stainless steel and a minimum of 3 months in the bottle. It is brilliant pale gold in color with refreshing aromas of exotic fruit and floral notes. It has a persistent fresh taste.

Other white wines that Arnaldo Caprai produces are Umbria Grechetto IGT Anima Umbria which is a blend of 85% Grechetto and 15% Trebbiano Spoletino. There is also Montefalco Bianco DOC that is a blend of 50% Grechetto, 30% Trebbiano Toscano and 20% Fiano. With pure Chardonnay, the Chardonnay Umbria IGT had its first year of production in 2015. 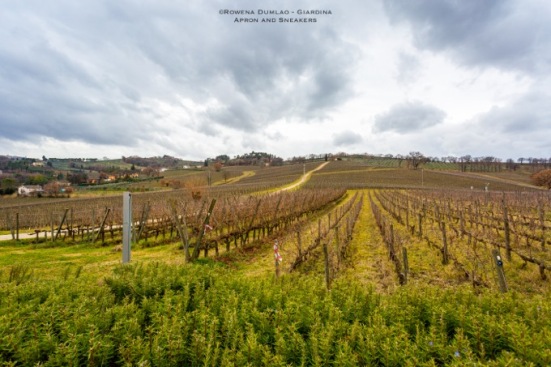 Then there is the Umbria Bianco IGT Cuvèe Secrète that I have tried in a previous tasting, which was first released in 2012 and with undisclosed grape varieties because they use the ones that best express the potential of the vintage. This white wine with aromas of vanilla, mint, pepper, honey and fresh flowers is aged in French oak barrique for 6 months before staying in the bottle for  a minimum of 4 months.

Among the red wines in the wine tasting, there was the Montefalco Rosso DOC 2014 is a blend of 70% Sangiovese, 15% Sagrantino and 15% Merlot. It spent 12 months in wood, 70% of which is Slavonian barrels and 30% French oak barrique then a minimum of 4 months of aging in the bottle. It has aromas of red fruits, flowers and herbs. 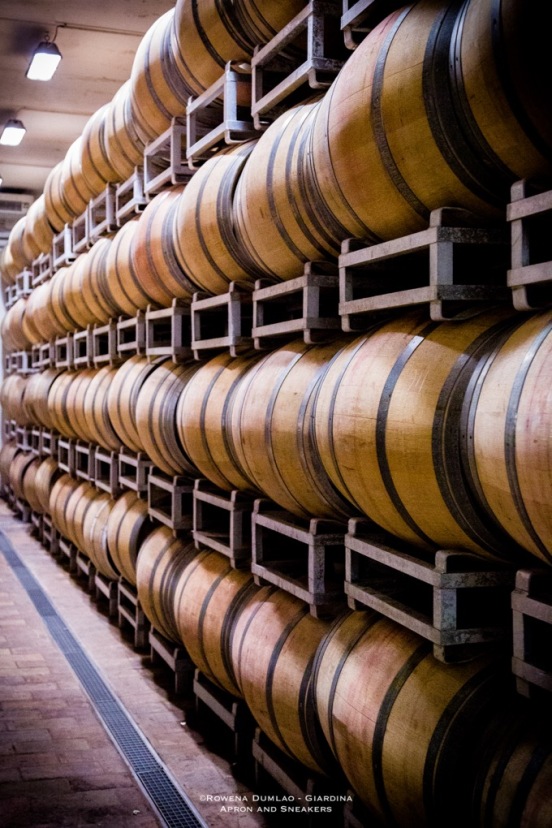 The Montefalco Rosso Riserva DOC 2011 is also a blend of 70% Sangiovese, 15% Sagrantino and 15% Merlot. It is aged for 20 months in French oak barrique and a minimum of 6 months in the bottle. This full-bodied wine has wonderful aromas of cherries, chocolate, vanilla and spices.

For pure Sagrantino, we started with Montefalco Sagrantino DOCG Collepiano 2010. It is aged between 22 to 26 months in French oak barrique and a minimum of 6 months in the bottle. This full-bodied wine has bold tannins and aromas of fruit jam, vanilla, and spices. It has a big potential for long aging between 10 to 15 years.

The Montefalco Sagrantino DOCG 25 Anni 2011 is 100% Sagrantino that is aged in French oak barrique for 24 – 26 months and a minimum of 6 months in the bottle. This rich full-bodied wine has complex tannins and has aromas of cocoa, dark fruit jam, vanilla and spices. It has an aging potential of 20 years.

The other red wines of Arnaldo Caprai are Pinot Nero IGT Nero Outsider, of pure Pinot Noir grapes; Umbria Rosso IGT Nero Outsider, a blend of 50% Merlot and 50% Cabernet Sauvignon; Umbria Rosso IGT Anima Umbra, a blend of 85% Sangiovese and 15% Canaiolo; Montefalco Rosso Vigna Flaminia Maremmana DOC, a blend of 70% Sangiovese, 15% Sagrantino and 15% Canaiolo; and lastly, the Montefalco Sagrantino DOCG Spinning Beauty, their new wine that was inspired by the world’s greatest and most refined classics, aged in French oak barrels for 8 years. Their sweet wine of 100% Sagrantino, the Montefalco Sagrantino Passito DOCG, is aged in French oak barrique for 15 months and 12 months in the bottle. 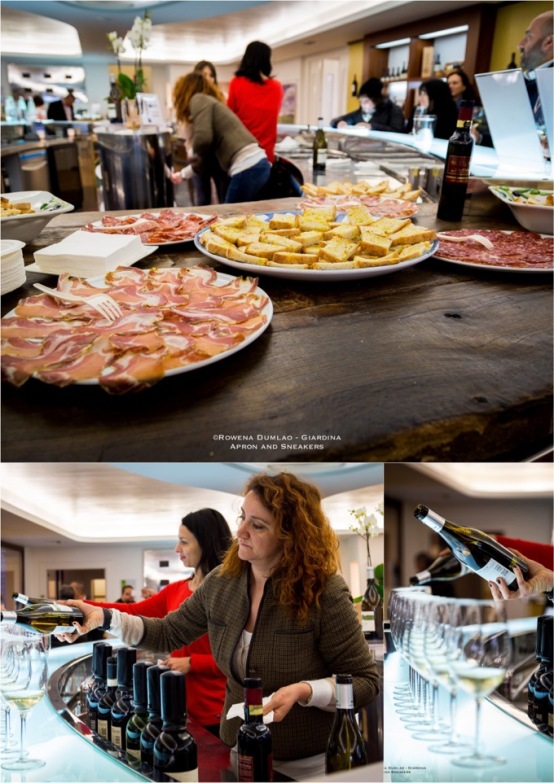 Building its identity around the territory, Arnaldo Caprai continues to research and study the characteristics of the area to take out the best of its potentiality in producing products that are attached to the quality and beauty of Montefalco. For this reason Arnaldo Caprai Winery has received quite an impressive number of awards both for the winery and most of its wines. 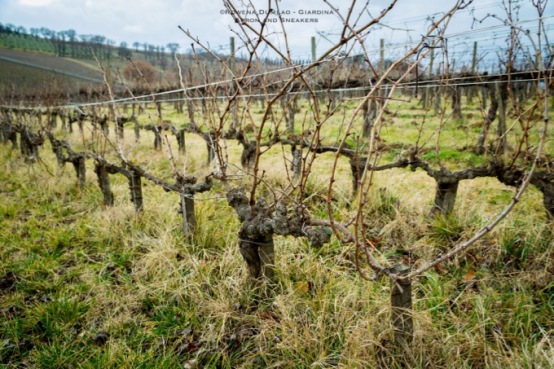 Marco Caprai strongly believed in the great opportunities that could come from such a long tradition and he translated this heritage with a modern and innovative approach. Thanks to research work and long term experimentation we work to produce top quality elegant wines, that show a unique character…
-Arnaldo Caprai Winery