Authentic flavors of Piedmontese tradition make up the kitchen of La Crota Restaurant. Recognized for recreating the experience of tasting the most authentic and genuine Langhe cuisine, Chef Danilo Lorusso perseveres in highlighting the richness of the flavors of his region by reviving old dishes and bringing his personal touch to the kitchen. Meaning wine cellar in the local dialect, La Crota is now reaching almost four decades of activity from its opening in 1983. It has become a special place and refined point of enogastronomic reference in Roddi, one of the most charming villages of Langhe and Roero. The woods form an ideal habitat for mushrooms and truffles which are two of the most important ingredients that distinguish the culinary identity of the region. Traditional handmade pasta passed on from generations like plin and tajarin, meat and game dishes, hazelnut and pine nut desserts are the integral elements that make up the recipes of the ancient kitchens of Roddi that has found its niche at La Crota. But not only does food make up the popularity of the restaurant because it also has a wine cellar that offers a wide choice of DOCG and DOC wines from the region like Barolo, Barbaresco, Barbera, Moscato d’Asti, Gattinara from the small producers to the world-famous ones, another high point of Piedmont. 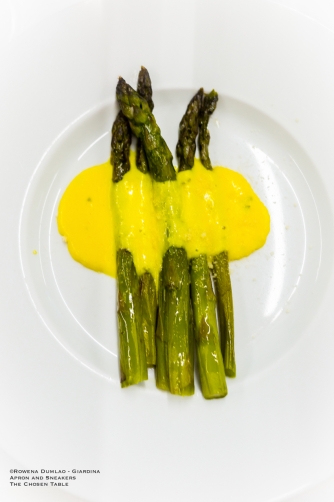 Taking his inspiration from a land with such great treasure in culinary tradition, the chef creates an ambience in his restaurant where every guest can dwell on the unique aromas in one special place. The restaurant is located at the beginning of the town of Roddi which lies at the central part of the territory. Rolling green hills, castles, vineyards and woods make up the outstanding landscape of the area, a part of which has been declared as a UNESCO World Heritage Site. Dining at La Crota is a 360-degree Langhe experience.

The menu is seasonal with traditional entries for Appetizers (€10), Pasta Dishes (€12), Main Courses (€9 to €12), and Desserts (€6). Veal sirloin seared in the oven with tonnata sauce, ricotta and black truffle plin with butter and sage, and local asparagus with porcini mushrooms and butter are just some of the dishes that represent the world of La Crota.

Enhancing the features of the dishes at La Crota were the wines of Le Strette Winery and Cascina Gilli, both producers of Piedmont. Le Strette, owned by brothers Mauro and Salvo Daniele, dedicate their wine production to the Nebbiolo with the prized Barolo cru (Menzioni Geografiche Aggiuntive), Barbera, Dolcetto and the Nascetta grape varieties at the municipality of Novello. It is a company that was founded in 1997 that works on the philosophy of cultivating these native grapes and take out the characteristics of the grapes and the territory from which they come from. Tasted during dinner were: Langhe Nas-Cetta DOC 2018, Langhe Nas-Cetta DOC 2016, Barbera d’Alba Superiore DOC 2017 and Barolo Bergera – Pezzole DOCG 2013.

Cascina Gilli instead is a wine estate that has been directed by Gianni Vergnano since 1983 while his son Paolo oversees the marketing and sales aspect of the business. With Gianni’s dedication and efforts, the winery has become one of Piedmont’s most prestigious wineries. It lies on the hilltops in the Basso Monferrato between Castelnuovo Don Bosco and Albugnano, an area that has always produced wines with full body and complex aromas. They have devoted cultivation to recovering grape varieties native to the area like Freisa, Barbera, Bonarda and Malvasia di Castelnuovo Don Bosco. The wines that were presented during the wine tasting – dinner were: Luna di Maggio Freisa d’Asti DOC, Il Forno Freisa d’Asti DOC, Arvelè Freisa d’Asti Superiore DOC 2015 and Gilli Malvasia di Castelnuovo Don Bosco DOC. 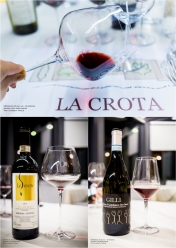 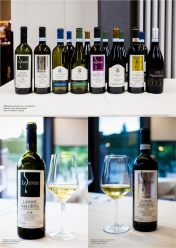